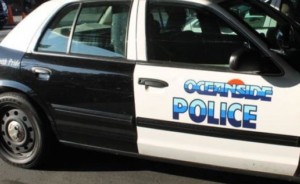 OCEANSIDE (KUSI) – One man died and another man was taken to the hospital Wednesday after a shooting in Oceanside.

Officers found a 31-year-old man with gunshot wounds inside a residence on the 300 block of Moonstone Bay Drive, the Oceanside Police Department reported. The man was pronounced dead at the scene after officers performed life-saving medical aid.

According to witness descriptions, OPD stopped an unidentified vehicle that was leaving the area near Douglas Drive.

Jennifer Atenza, OPD public information officer, said that several subjects in the vehicle were detained, including a 29-year-old man suffering a gunshot wound. The victim was taken to a hospital via helicopter, according to Fox 5 San Diego. Police said the unidentified person is in stable condition.

Detectives from the OPD Crimes of Violence Unit are investigating the incident. No other information was released, including the identities of the victims.