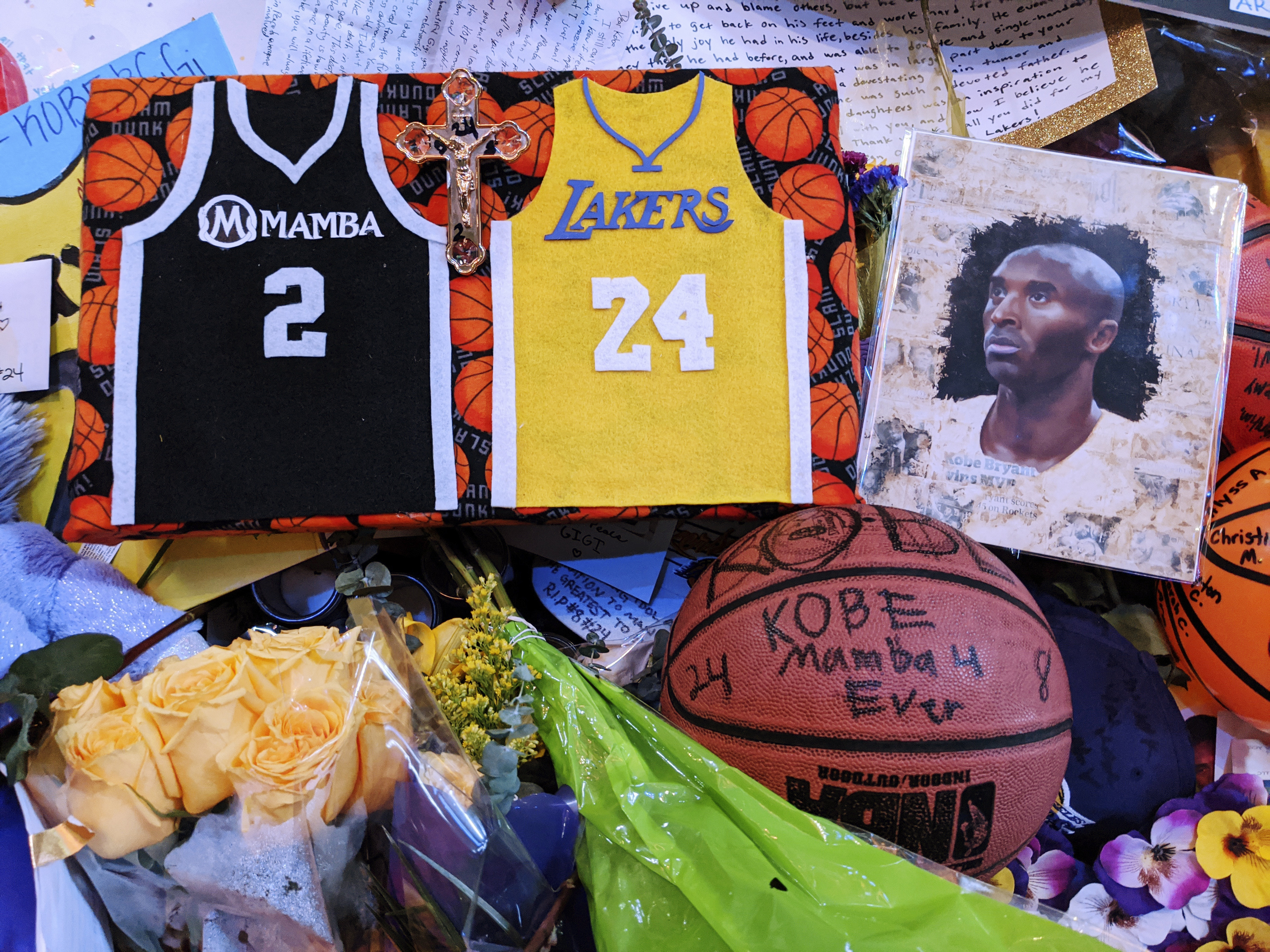 Memorabilia for NBA star Kobe Bryant are placed at a memorial for Bryant while fans gather to pay their respect near Staples Center in Los Angeles Sunday, Feb. 2, 2020. Bryant, the 18-time NBA All-Star who won five championships and became one of the greatest basketball players of his generation during a 20-year career with the Lakers, died in a helicopter crash Sunday, Jan. 26. (AP Photo/Damian Dovarganes)

LOS ANGELES (AP) — Kobe Bryant ‘s widow announced Friday that a “celebration of life” memorial will be held on Feb. 24 at the Staples Center to honor her late husband and 13-year-old daughter Gianna. They and seven others died in a helicopter crash last month.

Vanessa Bryant posted a graphic on Instagram morning to announce the service, a day after reports surfaced about the memorial.

Her post only said the event will occur at 10 a.m. and there are “details to come.” There was no caption with the graphic, which featured purple and gold butterflies — which are the colors for the Los Angeles Lakers.

The arena is where the future NBA Hall-of-Famer played for the Lakers for most of his two-decade career and the date 2/24 corresponds with the No. 24 jersey he wore and the No. 2 worn by Gianna.

Bryant was killed when the helicopter carrying him, his daughter and the others crashed into a mountainside in Calabasas, California, while flying to a girls basketball tournament at his Mamba Sports Academy. Gianna’s team was coached by Bryant and was playing in the tournament.

The National Transportation Safety Board released a report Friday saying the helicopter’s wreckage did not show any outward evidence of engine failure. The NTSB is investigating the accident, including any role heavy fog played, and a final report isn’t expected for at least a year.

A large memorial of flowers and mementos outside Staples Center was removed earlier this week. Some of the items will be sent to the Bryant family.

A public memorial for Orange Coast College baseball coach John Altobelli, his wife, Keri, and daughter Alyssa will be held Monday at Angel Stadium of Anaheim. Also killed in the crash were pilot Ara Zobayan and Bryant friends Christina Mauser, Sarah Chester and her daughter Payton.

Scott Sherman is running for Mayor of San Diego