SANTEE (KUSI) – One person was found dead at the scene of an apparent single-vehicle crash Sunday morning. 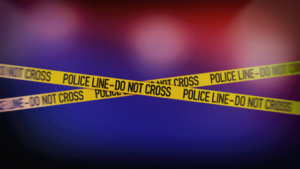 A car was found off the roadway just before 8 a.m. near the 11400 block of Woodside Avenue, San Diego County Sheriff’s Lt. Dave Perkins said.

Details were scant, but Perkins said deputies found a woman inside the car who appeared to have died of injuries sustained in a crash.

Perkins didn’t immediately have any information on the woman’s age or identity.