SAN DIEGO (KUSI) – There are only a few days until voters cast their ballots for one of the hottest contested races in the county, the 50th Congressional District.

California State Senator Brian Jones (R-Santee) joined Good Morning San Diego to talk more about his top priorities as he hopes to be one of the top two candidates after the March 3rd primary. The 50th Congressional District seat is vacant following the resignation of former U.S. Rep. Duncan Hunter.

California’s 50th Congressional District includes much of Eastern San Diego County and some of Riverside County.

Jones also explained some bills he is co-authoring to repeal AB 5, as well as exempt some other industries like musicians from the law. Jones called AB 5 the “heartless law enacted last year that threatens hundreds of thousands of California workers.”

Jones’s Senate Bill 806 would repeal AB 5 and instead allow Californians to have maximum flexibility in deciding what type of work environment best serves the needs of them and their family.

Jones describes AB 5 as “a blatant power-grab by Democrat politicians and some labor bosses,” stated Senator Jones.  “Hard-working Californians face the loss of their businesses and livelihoods.  Governor Newsom never should have signed such a poorly thought-out measure and it’s time to repeal it.” 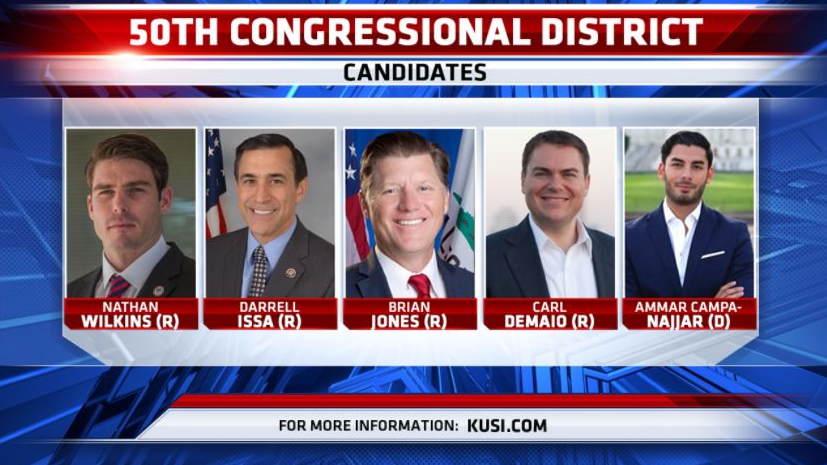