After 130 years, Aunt Jemima will vanish from packaging 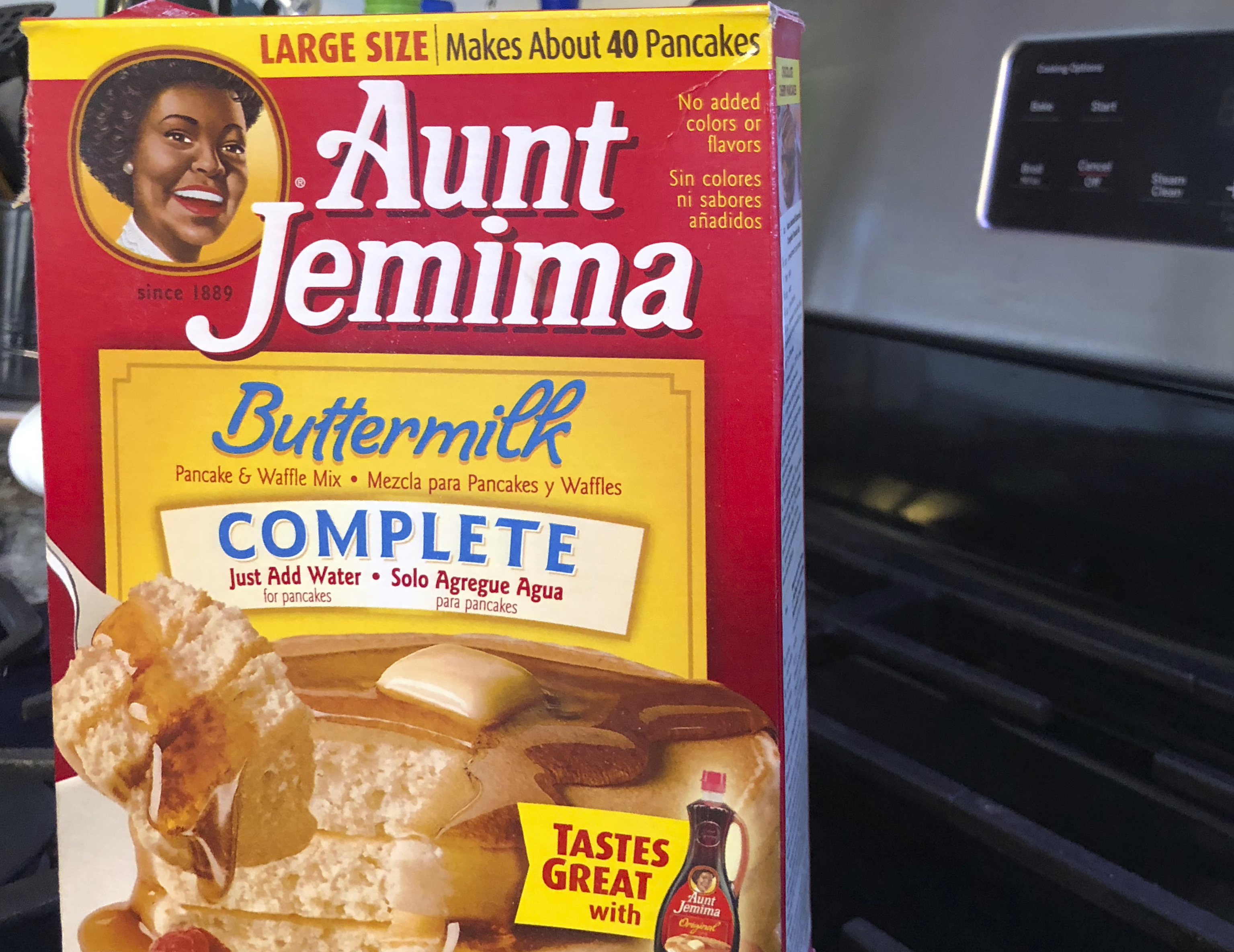 A box of Aunt Jemima pancake mix sits on a stovetop Wednesday, June 17, 2020, in Harrison, N.Y. Pepsico is changing the name and marketing image of its Aunt Jemima pancake mix and syrup, according to media reports. A spokeswoman for Pepsico-owned Quaker Oats Company told AdWeek that it recognized Aunt Jemima’s origins are based on a racial stereotype and that the 131-year-old name and image would be replaced on products and advertising by the fourth quarter of 2020. Quaker did not say what the name would be changed to. (AP Photo/Courtney Dittmar)

NEW YORK (AP) — After more than 130 years, Aunt Jemima is being removed from packaging for syrup and pancake mix.

Quaker Oats company is changing the name and marketing image of the 131-year-old Aunt Jemima pancake mix and syrup. The new packaging will hit shelves by the fourth quarter of 2020. The company will announce the new name at a later date.

“As we work to make progress toward racial equality through several initiatives, we also must take a hard look at our portfolio of brands and ensure they reflect our values and meet our consumers’ expectations,” said Kristin Kroepfl of Quaker Foods North America. “We recognize Aunt Jemima’s origins are based on a racial stereotype. While work has been done over the years to update the brand in a manner intended to be appropriate and respectful, we realize those changes are not enough.”

Mass demonstrations against police brutality and racial prejudice have raged for weeks across the country in response to the deaths of George Floyd and other black Americans. Activists and consumers are demanding that companies take a stand against racial injustice or stand to lose their business. White Minneapolis police officer Derek Chauvin has been charged with murder in Floyd’s death.

This year, Land O’Lakes announced that it would no longer use the Native American woman who had graced its packages of butter, cheese and other products since the late 1920s.