Aircraft makes emergency landing on I-5 freeway in Carlsbad

CARLSBAD (KUSI) – A Cessna made an emergency landing Thursday on the southbound San Diego (5) Freeway in Carlsbad, but no one was injured and no vehicles were hit, according to the California Highway Patrol.

One man and one woman were on board the plane. The pilot landed the aircraft after reporting smoke in the cockpit.

The incident forced the CHP to shut down all southbound lanes near Tamarack Avenue. The agency reopened the number 3 and 4 lanes around 7:45 p.m., but traffic was still backed up on I-5.

The emergency landing will be investigated by the Federal Aviation Administration and the National Transportation Safety Board. 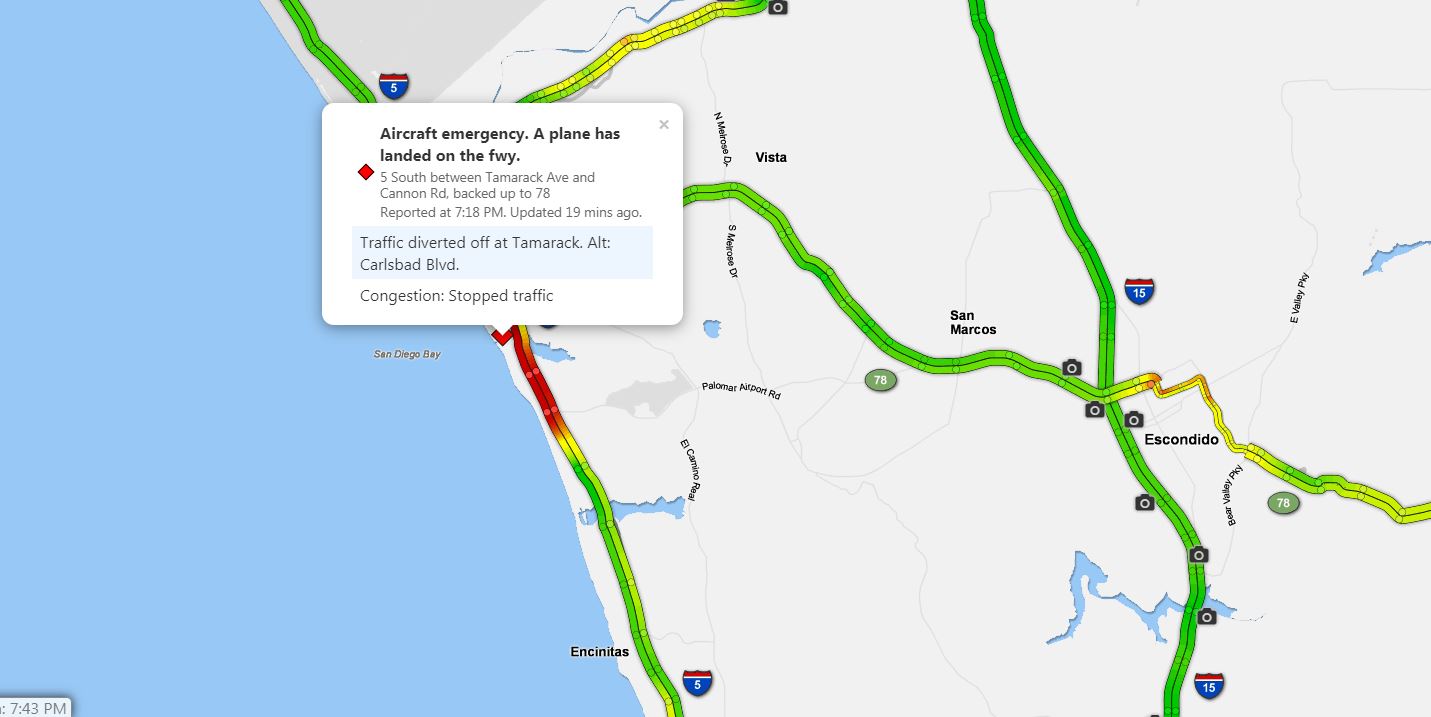 Carlsbad Police and Fire +@CHP_San_Diego responding to plane that landed on I-5 So of Tamarack. More details to come