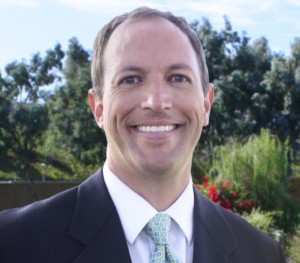 SAN DIEGO (KUSI) – Assemblyman Brian Maienschein, who represents the northeastern San Diego County area, announced Thursday that he has left the Republican Party and has re-registered as a Democrat.

In a statement regarding his re-registration, Maienschein issued a rebuke to a political party he feels has become too partisan, namechecking President Donald Trump. However, the former San Diego city councilman also stated that his policy positions have changed, noting his support for labor unions, universal healthcare and a belief that the safety of local communities should be held above the right to own automatic weapons.

Local Democrats have aimed for Maienschein’s seat in recent elections, but the four-term assemblyman has voted in favor of Democratic and even progressive causes in the recent past, such as voting in favor of a 2017 bill that recognized nonbinary as a legal gender. The law went into effect on Jan 1.

Maienschien narrowly won re-election in November, defeating Democratic challenger Sunday Gover by a margin of 50.2 percent to 49.8 percent. Maienschein was one of the last Republicans representing San Diego County in the Assembly and now leaves Marie Waldron, R-Escondido, and Randy Voepel, R- Santee, in that position. Should Gover run for his seat again next year, it will be harder to paint him with the Trump brand the way local Democrats attempted to do so in 2018.

Local Republicans argued Maienschein’s move invalidates his re-election, with Waldron calling him a turncoat, according to The Associated Press. The Republican Party of San Diego County went a step further, calling for Maienschein’s immediate resignation.

“Brian Maienschein has shown himself to be the absolute worst kind of politician; someone making decisions based on politics instead of principles,” said Tony Krvaric, chairman of the county Republican Party. “By running for re-election as a Republican, he was making a statement about who he was and now he is switching parties for self-preservation and political
games.”

“It’s unfortunate that Brian’s takeaway from his extremely close reelection was that his political future depended on becoming a turncoat. Unfortunately some people run for office simply because they want a job, regardless of political philosophy.  It appears that Brian falls into this category. Running away from the fight for a more affordable, efficient and accountable government for hardworking Californians is not the answer.”