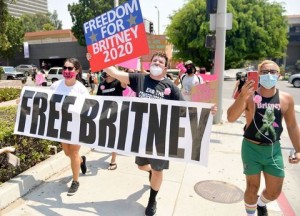 Maienschein, D-San Diego, says AB 1663 — The Probate Conservatorship Reform and Supported Decision-Making Act — will ensure probate conservatorships are used only a last resort, due to the potential for exploitation of those the appointments are intended to serve.

In a statement, Maienschein said that prior to his legislative career, he clerked for a San Diego Superior Court judge and “saw firsthand the role that the court plays in establishing probate conservatorships and how the system could be abused and misused.”

Though state law holds that conservatorships should only be used if they are the least restrictive alternative, Maienschein says they are often granted without consideration of other options and with few re-evaluations of the conservatees’ ableness.

“It’s time that we take action to reform the probate conservatorship system in our state,” Maienschein said. “It is reform that is long overdue.”

In a statement announcing AB 1663, the assembly member highlighted the highly publicized case of Britney Spears’ 13-year conservatorship, which the pop star was only recently able to have terminated.

AB 1663 has garnered support from disability rights groups, as well as the #FreeBritney movement that emerged amid reports of Spears’ efforts to end her conservatorship and allegations of wrongdoing at the hands of her conservators.

“We started our movement for Britney Spears, but we quickly learned that conservatorship abuse is rampant across the state of California and beyond,” said Leanne Simmons, Free Britney L.A. organizer. “The successful termination of Britney’s conservatorship helped to shine a light on the problems with conservatorships, but there is much work to be done.”