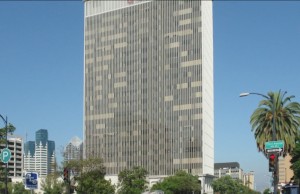 SAN DIEGO (KUSI) – San Diego has failed to follow best practices and undergo due diligence before purchasing and leasing buildings since 2015, according to a performance audit heard by a City Council committee Wednesday.

The audit found that a lack of policies and oversight caused the city to miss or skip key steps in the acquisition process, and allowed the administration of former Mayor Kevin Faulconer to leave out or misrepresent key information about building acquisitions when presenting them to the City Council and the public.

“This audit showed a clear lack of due diligence and a brazen willingness by professional staff to not adhere to best practices in order to facilitate bad real estate deals,” said Councilwoman Vivian Moreno, chair of the Audit Committee. “We have wasted millions of taxpayer dollars and are stuck with an uninhabitable building at 101 Ash Street, overpaid for the Navigation Center and can’t use the Kearny Mesa Repair Facility to repair our fire trucks.”

The most talked-about acquisition foible has been that of 101 Ash Street, the former Sempra headquarters acquired in a lease-to-own deal in 2017, which ultimately proved unsafe for human occupation due to asbestos. Initially, city staff presented the building as needing $5 million worth of repairs and retrofitting. The bill has already exceeded $26 million, and an independent review conducted after the deal was inked estimates $115 million more will be necessary — $136 million more than staff presented to council.

Additionally, not only was council misled about the true value of the buildings, the uncontracted advisor used for the acquisitions allegedly received millions in undisclosed compensation for negotiating the transactions in violation of state law.

“Protecting taxpayer dollars should always be the priority of city officials,” he told City News Service. “Having fought to establish the Office of the City Auditor, I am a strong supporter of increased oversight and it’s clear that these matters call for additional independent review as recommended by the auditor.

“All the real estate transactions in question were reviewed by all branches of city government prior to their enactment and the adoption of these recommendations will further ensure accountability and transparency,” he concluded.

The city announced in late June that it was suing to void its lease-to- own agreements in the 101 Ash Street and Civic Center Plaza building deals. The City Attorney’s Office alleges that commercial real estate broker Jason Hughes represented himself to be a “special volunteer for real estate services” who was negotiating the deals on the city’s behalf for free “out of a sense of civic duty.”

However, the city says he was actually paid $9.4 million in unreported compensation from Cisterra Development. When negotiations between Hughes and the 101 Ash Street building’s owners did not resolve, the city says Hughes entered into negotiations with Cisterra for a lease-to-own agreement if Cisterra acquired the building.

Decrying a longstanding “corrupt” culture of “secrecy” in the city, Moreno cited 10 recommendations in the audit — which she called overdue – – intended to help ensure that the city follows best practices when acquiring major buildings and informs the City Council and the public of all material facts.

“Moving forward, the reforms recommended by the city auditor will help guard against fraud and the council having incomplete information about major real estate acquisitions,” she concluded.

The recommendations include requiring a best practices checklist for building acquisitions and adding a section to the municipal code to provide an enforcement mechanism to ensure city staff accurately represent information to the council.

Gloria’s office initially rejected requiring following a best practices checklist for building acquisitions, something city Chief Operation Officer Jay Goldstone said could be “too broad,” but has since asked for help from the committee and city auditor to revise.

The audit also says that Gloria’s administration did not agree to inform the Independent Budget Analyst of forthcoming acquisitions prior to beginning negotiations, confirm contractors have contracts with the city and have filed proper economic disclosures, and obtain an independent appraisal before agreeing on purchase price.

The City Attorney’s Office also refused to assist in adding a section to the municipal code to provide an enforcement mechanism to ensure city staff accurately represent information to the council, using language several members of the committee described as “disrespectful” when doing so.

The Audit Committee requested staff work with the city auditor to revise the management response and will return to the September Audit Committee meeting with those revisions and updated target implementation dates.