Aunt Jemima brand retired by Quaker due to racial stereotype

NEW YORK (AP) — Quaker Oats is retiring the 131-year-old Aunt Jemima brand, saying the company recognizes the character’s origins are “based on a racial stereotype.”

Just hours later, the owner of the Uncle Ben’s brand of rice says the brand will “evolve” in response to concerns about racial stereotyping.

Quaker, which is owned by PepsiCo, said it’s overhauled pancake mix and syrup will hit shelves by the fourth quarter of 2020. The company will announce the new name at a later date.

“We recognize Aunt Jemima’s origins are based on a racial stereotype,” said Kristin Kroepfl of Quaker Foods North America. “While work has been done over the years to update the brand in a manner intended to be appropriate and respectful, we realize those changes are not enough.”

The Aunt Jemima image has evolved over the years to meet socially acceptable standards of the times, but the brand could not shake its history of racial stereotypes and connections to slavery. By 1989, Aunt Jemima had lost weight, abandoned her kerchief and looked more like a typical modern housewife. But the image and brand tweaks over the years were apparently not enough.

“The reputation of that brand, now more than 130 years old, was built on a racial and cultural stereotype that is widely regarded as offensive,” said James O’Rourke, professor of management at the University of Notre Dame’s Mendoza College of Business. “Brand managers have been aware of that for years and have tried, largely through incremental updates to the character’s image on the packaging, to modernize how she is seen. The headscarf is gone, they’ve added a lace collar, pearl earrings. But the effect, because of the name, is the same.”

Caroline Sherman, a spokeswoman for Mars, which owns Uncle Ben’s, says the company is listening to the voices of consumers, especially in the black community, and recognizes that now is the right time to evolve the brand, including its visual identity.

In the wake of the police killing of George Floyd in Minneapolis, activists and consumers have demanded that companies take a stand against racial injustice or lose their business. The singer Kirby posted a TikTok video called “How to Make a Non Racist Breakfast” explaining some of the backstory of the Aunt Jemima brand. That video went viral.

Land O’Lakes announced earlier this year that it would no longer use the Native American woman who had graced its packages of butter, cheese and other products since the late 1920s. 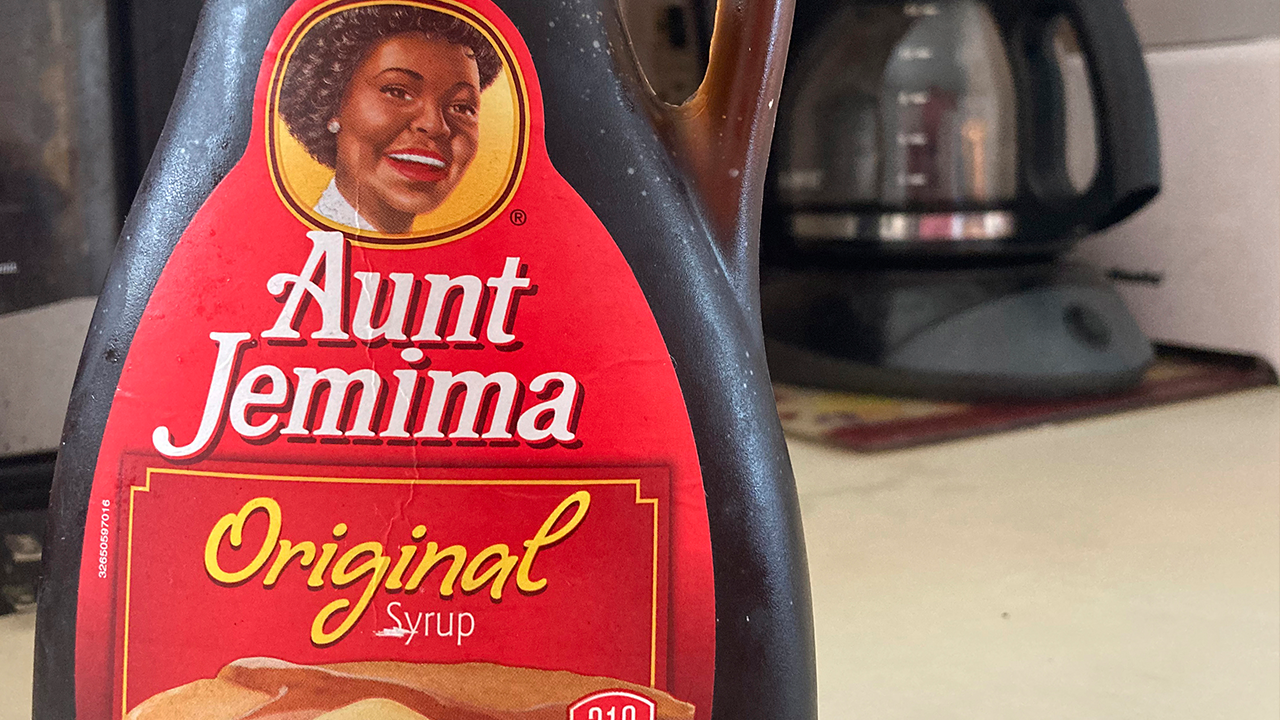 A bottle of Aunt Jemima syrup sits on a counter, Wednesday, June 17, 2020 in White Plains, N.Y. Pepsico is changing the name and marketing image of its Aunt Jemima pancake mix and syrup, according to media reports. A spokeswoman for Pepsico-owned Quaker Oats Company told AdWeek that it recognized Aunt Jemimaâ€™s origins are based on a racial stereotype and that the 131-year-old name and image would be replaced on products and advertising by the fourth quarter of 2020. (AP Photo/Donald King)