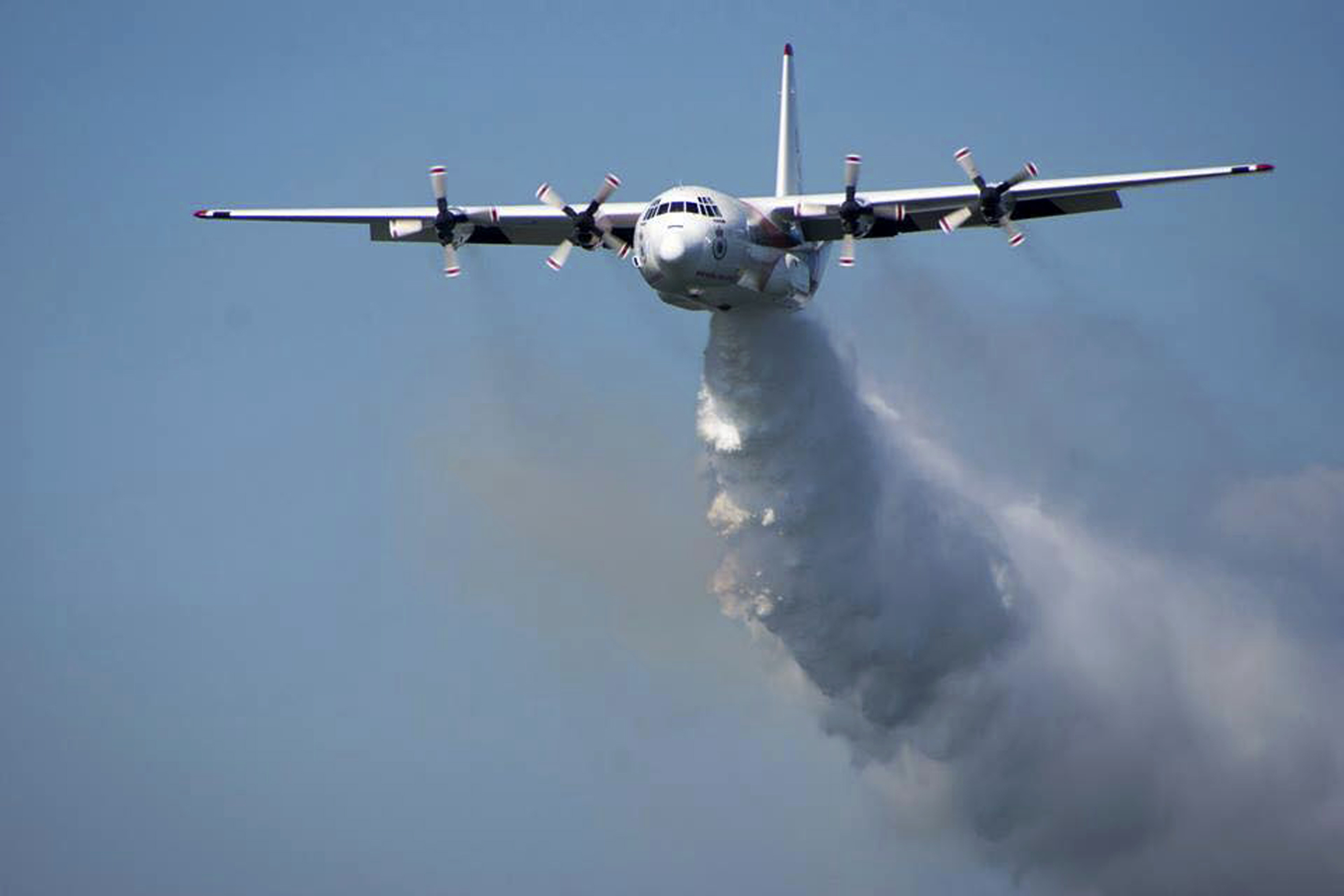 In this undated photo released from the Rural Fire Service, a C-130 Hercules plane called “Thor” drops water during a flight in Australia. Officials in Australia on Thursday, Jan. 23, 2020, searched for a water tanker plane feared to have crashed while fighting wildfires. (RFS via AP)

New South Wales Premier Gladys Berejiklian confirmed the crash deaths in the state’s Snowy Monaro region, which came as Australia grapples with an unprecedented fire season that has left a large swath of destruction.

Coulson Aviation in the U.S. state of Oregon said in a statement that one of its Lockheed large air tankers was lost after it left Richmond in New South Wales with retardant for a firebombing mission. It said the accident was “extensive” but had few other details.

“The only thing I have from the field reports are that the plane came down, it’s crashed and there was a large fireball associated with that crash,” said Rural Fire Service Commissioner Shane Fitzsimmons.

“Our hearts go out to their loved ones. They were helping Australia, far from their own homes, an embodiment of the deep friendship between our two countries,” she said in a statement.

“Thank you to these three, and to all the brave firefighters from Australia and around the world. Your service and contribution are extraordinary. We are ever grateful,” she added.

The tragedy brings the death toll from the blazes to at least 31 since September. The fires have also destroyed more than 2,600 homes and razed more than 10.4 million hectares (25.7 million acres), an area bigger than the U.S. state of Indiana.

“There is no indication at this stage of what’s caused the accident,” Fitzsimmons said.

Berejiklian said there were more than 1,700 volunteers and personnel in the field, and five fires were being described at an “emergency warning” level — the most dangerous on a three-tier scale — across the state and on the fringes of the national capital Canberra.

Also Thursday, Canberra Airport closed temporarily because of nearby wildfires, and residents south of the city were told to seek shelter. The airport reopened after several hours with Qantas operating limited services, but Virgin and Singapore Airlines canceled flights for the rest of the day.

The blaze started Wednesday but strong winds and high temperatures caused conditions in Canberra to deteriorate. A second fire near the airport that started on Thursday morning is at a “watch and act” level — the middle of the three tiers.

Residents in some Canberra suburbs were advised to seek shelter and others to leave immediately.

“The defense force is both assisting to a degree and looking to whether that needs to be reinforced,” Chief of Defense Angus Campbell told reporters.

“I have people who are both involved as persons who need to be moved from areas and office buildings that are potentially in danger, and also those persons who are part of the (Operation) Bushfire Assist effort,” he said.