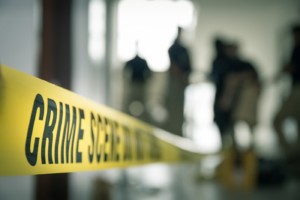 Arriving officers detained the 39-year-old man, later identified as Juan Luis Ortega, then checked inside a nearby house, finding the body of 47- year-old Robert Lizotte, who had suffered traumatic injuries to his upper body, Dobbs said.

Investigators determined the two men were friends and Ortega had been staying in Lizotte’s house, the lieutenant said.

It remains unclear exactly how the victim died and a motive for the killing has not been disclosed.

Ortega was booked into San Diego Central Jail on suspicion of murder, according to jail records. He was being held without bail pending arraignment.