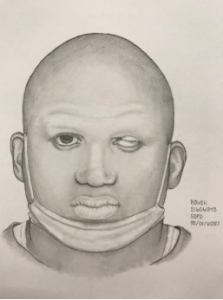 The girl was in the 300 block of South Meadowbrook Drive, near Brookhaven Road, at about 11:30 a.m. Wednesday when the man sexually assaulted her, according to San Diego Police Department Lt. Adam Sharki.

The girl escaped from the man and reported the assault to an adult, who then called police.

The man was wearing a royal blue shirt and dark pants at the time of the assault. He also had a damaged or impaired left eye and appeared to be dirty, Sharki said.

Anyone with information about the assault or suspect was asked to call the SDPD’s Child Abuse Unit at 619-531-2260.