INDIANAPOLIS (AP) — Baylor knew it would need to play to near-perfection to end Gonzaga’s flawless season.

The Bears just about did that in a 86-70 rout of the overall No. 1 seed for their first men’s basketball national championship. Jared Butler and their dynamic backcourt hit their first five 3-pointers and never cooled off. 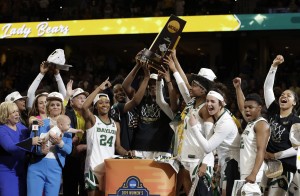 Their bench was superb, their rebounding exceptional, their game plan impeccable and the coaching of Scott Drew spot-on in the crowning moment of his long building job in Waco, Texas.