SAN DIEGO (AP) — After waiting months and sometimes years in Mexico, people seeking asylum in the United States are now starting to be allowed into the country as they wait for courts to decide on their cases.

This is a result of the Biden Administration unwinding one of the Trump administration’s signature immigration policies that President Joe Biden vowed to end.

The number of asylum-seekers coming in initially will be very limited, beginning Friday at a border crossing in San Diego and expanding to Brownsville, Texas, on Monday and El Paso, Texas, next Friday.

U.S. officials are warning people not to come to the border, saying an estimated 25,000 people with active cases in the “Remain in Mexico” program should register online. 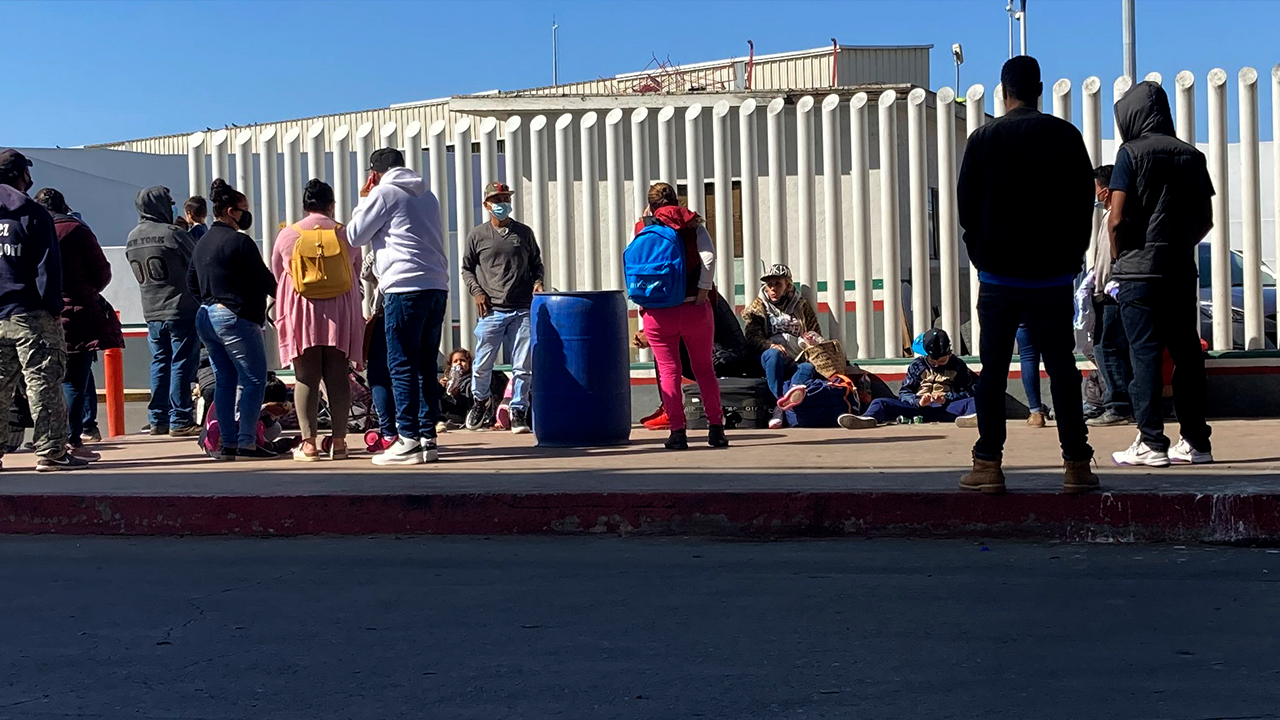 Migrants waiting to cross into the United States wait for news at the border crossing Wednesday, Feb. 17, 2021, in Tijuana, Mexico. After many months and sometimes up to two years of waiting in Mexico for U.S. immigration court hearings, migrants seeking asylum in the United States are being allowed in the country starting Friday to be released until their cases conclude. (AP Photo/Elliot Spagat)