Biden Administration will restore $1B for California’s troubled bullet train

Gov. Gavin Newsom announced Thursday night that the U.S. Department of Transportation finalized settlement negotiations to restore money for the high-speed rail project that the Trump administration revoked in 2019. 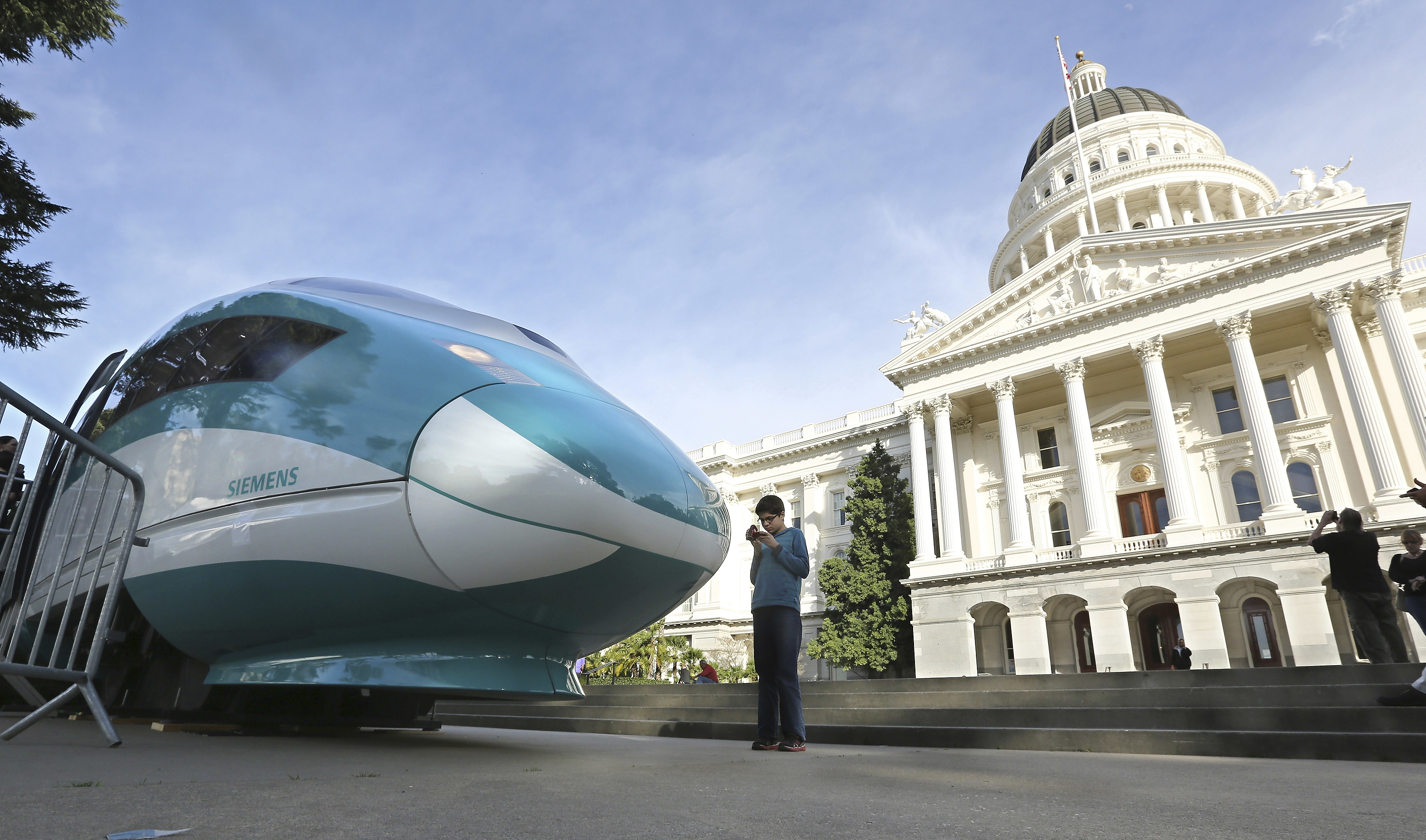 FILE – In this Feb. 26, 2015, file photo, a full-scale mock-up of a high-speed train is displayed at the Capitol in Sacramento, Calif. The California High-Speed Rail Authority will release its latest business plan for the bullet train, which has been beset by delays and cost increases, Friday March 9, 2018. (AP Photo/Rich Pedroncelli, file)

California voters in 2008 approved nearly $10 billion in bond money to build the high-speed rail line connecting Los Angeles and San Francisco. It was supposed to be running by 2020 but the project has been plagued by cost overruns and delays.

Officials now hope to finish a segman in the state’s central valley agricultural region by 2029.