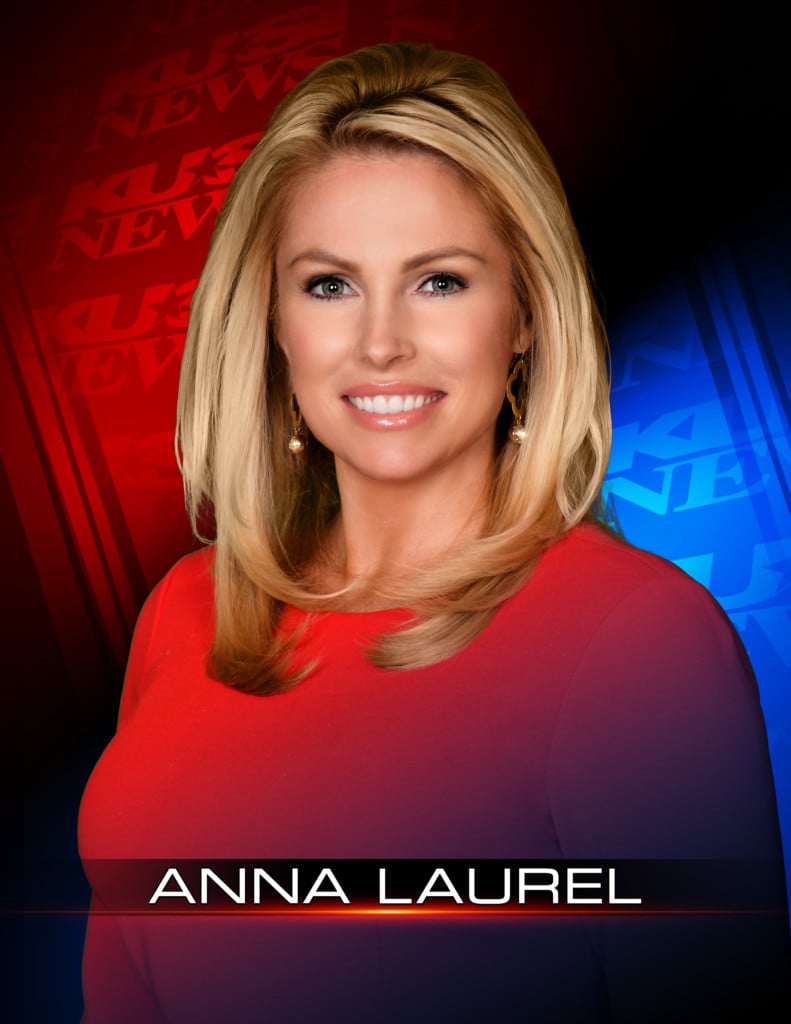 Anna Laurel is thrilled to be back in California where she worked earlier in her career, and where she met her husband.  She joined KUSI TV in 2018.  She co-anchors the 4, 5 & 6 PM newscasts with KUSI’s Logan Byrnes and Ginger Jeffries and the KUSI 10:00 PM newscast with Logan Byrnes.

Anna was born in Memphis and spent part of her childhood in New York before moving to South Carolina where her family is from originally.  Her dad is a Southern Baptist Preacher, which is why she moved a lot. It’s also what gave Anna her big world view. She even worked in a beach front restaurant in Netanaya, Israel at one point. Anna graduated from the University of South Carolina. Go Gamecocks!

She started her broadcast career in Missoula, Montana where she shot, wrote and edited her own stories. She also learned how to get inside a fire shelter in a forest fire if she had to! From there Anna moved to Phoenix where she reported and filled-in at the anchor desk for KPNX 12 News. There she covered serial killers, a Super Bowl, and even slid down a water slide on live TV!

Throughout her career, Anna has been active in many charities including Teen Challenge, the Boys & Girls Club, the Make-A-Wish Foundation, the Ronald McDonald House, and Race for the Cure.

When she’s not working Anna enjoys spending time with family and friends, traveling, exploring, hiking, checking out great restaurants, being involved with her church, and staying active. And her rescued Yorkie, Moshe, does it all with her.

Amelia Brodka: Changing women's skateboarding one step at a time