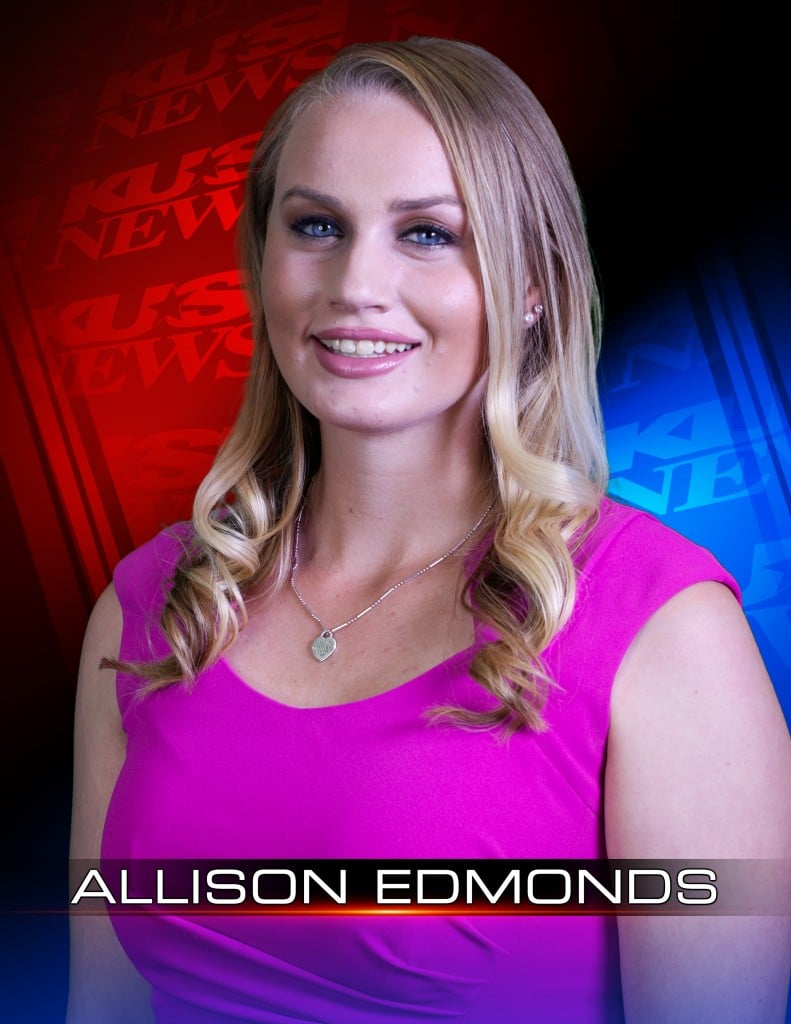 Allison Edmonds is a San Diego Native and is so proud to be a part of the KUSI family that she grew up watching.

Born and raised in East County, Allison attended Valhalla High School. After graduating from the Orange Nation, Allison attended Cal Poly San Luis Obispo where she majored in Broadcast Journalism. While there, she was Broadcast Sports Director of Mustang News and received several national awards for her work. She created weekly sportscasts and anchored a show called Mustang Gameday — a 90-minute pre-game show before football home games.

After graduating in 2016, Allison returned home to San Diego where she began working on KUSI’s Prep Pigskin Report and reported on the “Pep Rally” Game of the Week. She is now grateful to be the reporter for the “East County Game of the Week” where she gets to report from the high schools in the community she grew up in.

As for the other 8 months of the year, Allison loves getting out and making a difference in the community by telling athletes’ stories, from the youngsters to the pros, in front of and behind the camera.

When she isn’t at work she loves traveling (been to 49/50 states), cheering on the Padres, volunteering in the community, and spending time with friends and family.

If you have a good sports story, send it her way!

Covering All the Bases: Battle of the Basement

Daniella Smith: The Patriot tracking her way to the top

Covering All the Bases: The Reds and Dodger Blue

Covering All the Bases: No Offense and No Errors

Padres Spring Training 2022: Players are optimistic and ready to start the season

Fernando Tatis Jr. will be out for at least 3 months with a fractured wrist