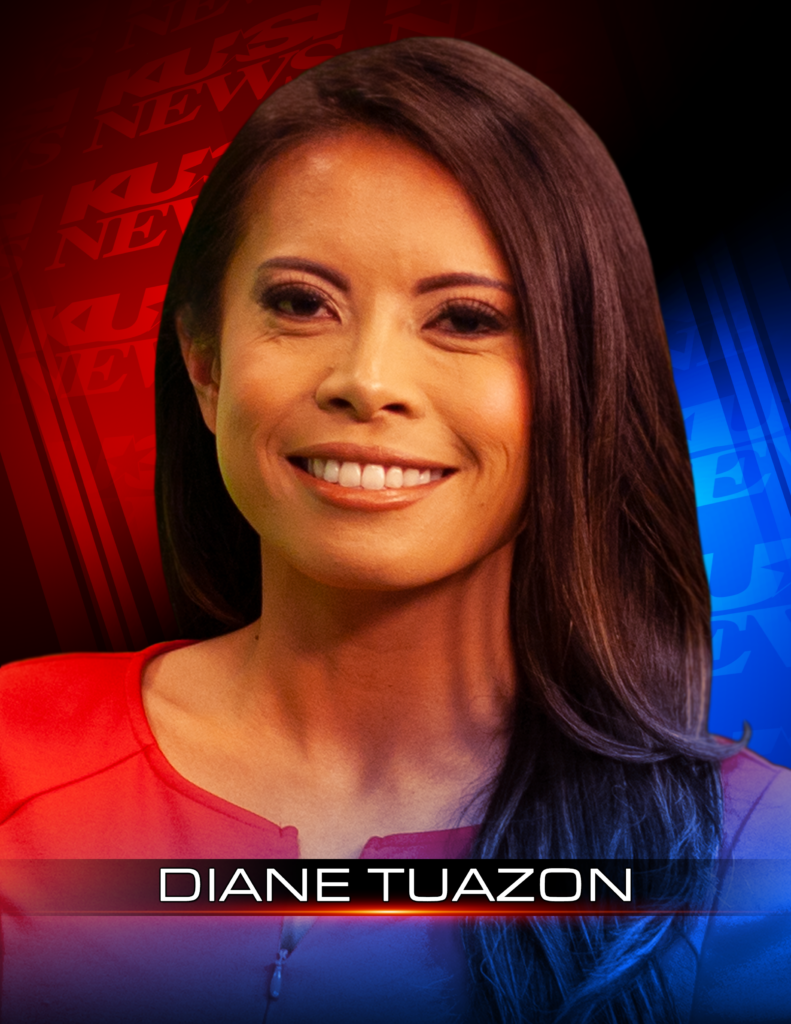 Diane brings her versatile experience spanning 15 years in the television news industry to KUSI as a reporter and weather anchor on Good Morning San Diego. Prior to her role at KUSI, she was the reporter/weather anchor at FOX 5 San Diego. Before that, she was the primetime weather anchor for KRON 4 News in San Francisco, her hometown. It was the same station she grew up watching as a kid, and what inspired her to pursue a career in journalism.

From there she went on to Midland, Texas, Fresno, Sacramento, Las Vegas, and San Francisco. Diane has reported on some of the biggest breaking news stories on the west coast — such as the mass shooting in Las Vegas in 2017, the deadliest in U.S. history.

She’s also covered numerous criminal court cases as the crime beat reporter, and has also been on the front lines of major wildfires in California. Diane lives an active lifestyle.

When she’s not busy working, you can find her out in the ocean catching waves on her surfboard, skateboarding down the boardwalk, scuba diving in La Jolla Shores, and chasing those beautiful sunsets on the beach with her two Yorkies, Chloe & Haley.

Diane says she is blessed and grateful to be working at KUSI — a station she is proud to be part of, and a city she holds dear to her heart — San Diego is home for her.

Have a community interest story idea? Connect with Diane Tuazon. She’s always eager to hear and tell your story! E-mail her at: dtuazon@kusi.com