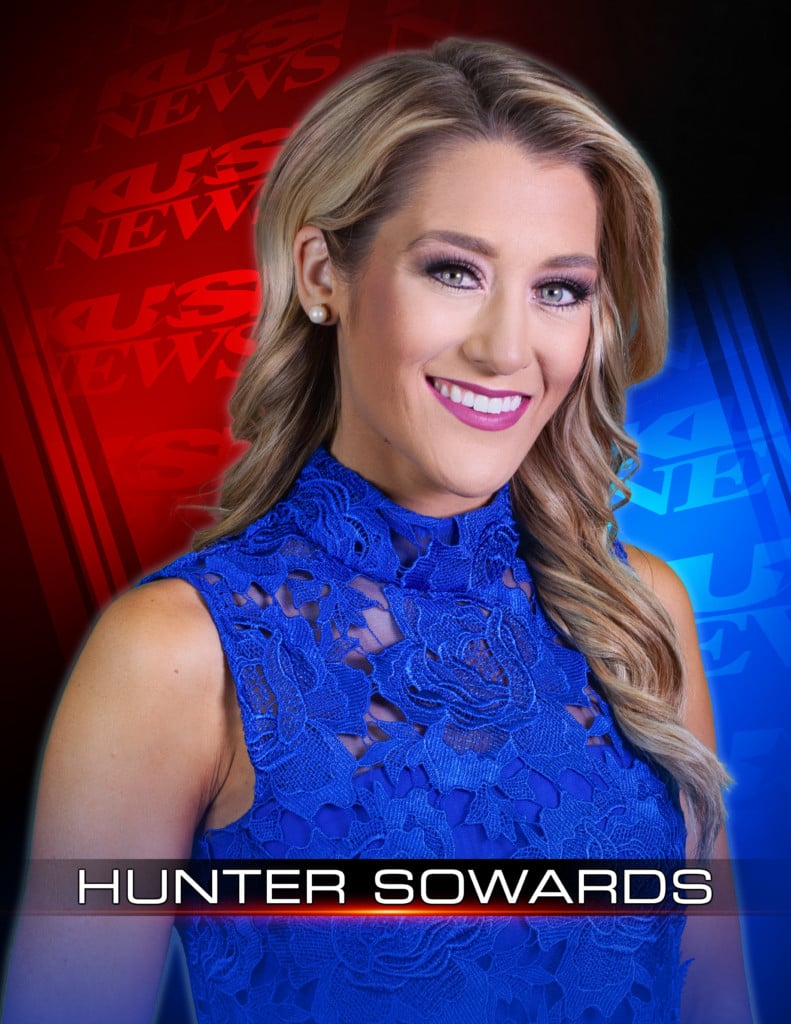 Hunter Sowards comes to KUSI from the Piney Woods of East Texas. She was born, raised and even attended college in the same town, the hard to pronounce Nacogdoches.

Hunter served as the main 6 and 10 o’clock anchor for KTRE-TV, the station she grew up watching. During her time with East Texas News, Hunter was one of the first on scene after deadly spring tornadoes devastated communities. Through her extensive reporting, she brought valuable insight to the community after one of the worst natural disasters to hit the region in years.

Hunter is a 2016 graduate with honors of  Stephen F. Austin State University where she majored in radio and television broadcasting. She earned recognition on the Dean’s and President’s lists. As part of her studies at SFA, Hunter interned at KTRE-TV, where she would be hired as a multi-skilled journalist shortly after receiving her degree. After 6 months of reporting, Hunter began anchoring and producing the 6 and 10 o’clock newscasts for KTRE and filling in for sister-station KLTV.

In her free time, Hunter enjoys spending as much time with her family as possible. Even though she’s 1,500 miles away from home, she still Facetimes and calls her family any chance she gets. She loves yoga and good food – from California cuisine to Texas home cooking. If you have a story idea or restaurant recommendations, send her an email: hsowards@kusi.com

EXCLUSIVE: Firsthand account of one of the bystanders who stepped in to help officer shot on I-8 freeway

What you need to know when donating to Ukraine