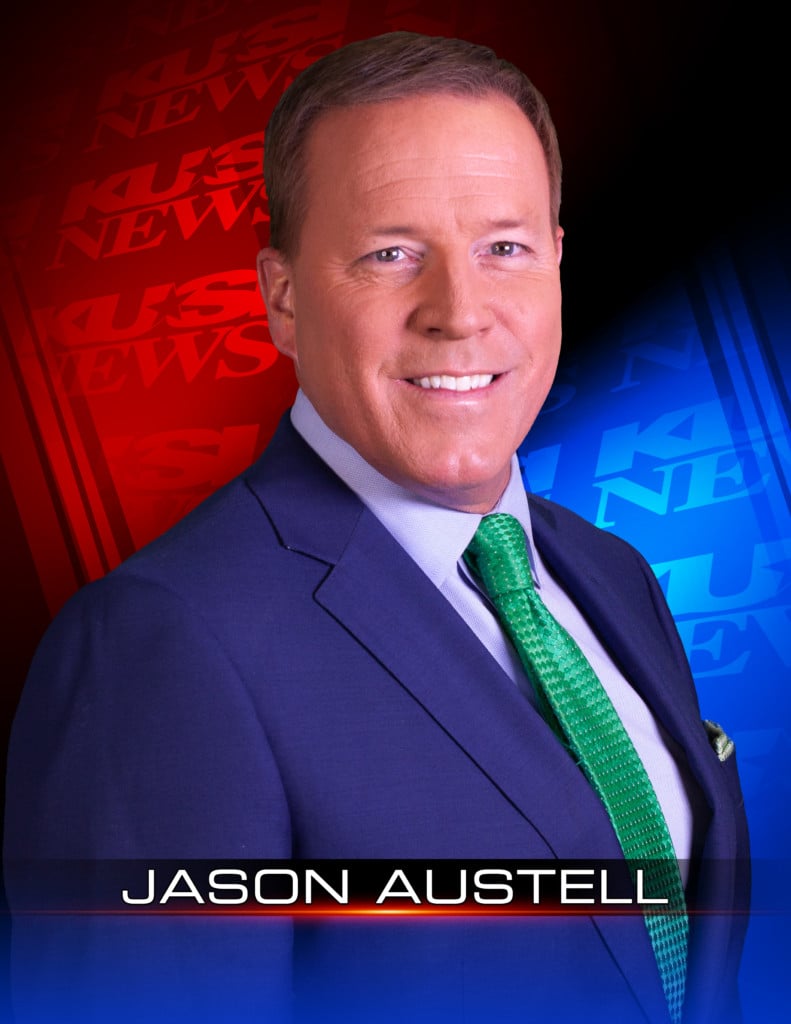 Jason Austell began his broadcasting career in San Diego in the early 1990s. Working as a traffic reporter for local radio stations, Jason would fly over San Diego freeways during the morning and afternoon drive times.

In 1997, Jason was the reporter and photographer onboard San Diego’s first news helicopter to be equipped with a gyro-stabilized camera. For the next decade, Jason was the “point man” for traffic and breaking news. Brush and structure fires, rescues, high speed car chases, he covered them all.  The thousands of hours Jason spent in the skies above San Diego give him a very unique perspective of the county.

Recognizing his experience and presentation, Jason accepted an opportunity to become a morning anchor at local TV station KNSD. He worked there for eight years.

“I knew anchoring was something I could do, I just needed the opportunity. I’m very thankful for the training and experience I gained.”

The son of a Miramar-based Navy fighter pilot, Jason can relate to our local military community.  “I know what it’s like growing up in a military family, from deployments to constantly moving to different places and schools. I went to three high schools in three different states. The sacrifices that military families make can’t be overstated and we should remain thankful for every one of them.”

In his spare time Jason can be found in the gym, on his mountain bike or hiking any one of the many fantastic trails San Diego has to offer.  He and his wife Moji live in La Jolla, where she has owned a Pilates studio for many years.

A Home for the Holidays hosted by Rob and Joss from KyXy 96.5 f.m.

SPEED: Science in Motion exhibit at the San Diego Air and Space Museum

Premiere of “Major Capers: The Legend of Team Broadminded” at the GI Film Festival