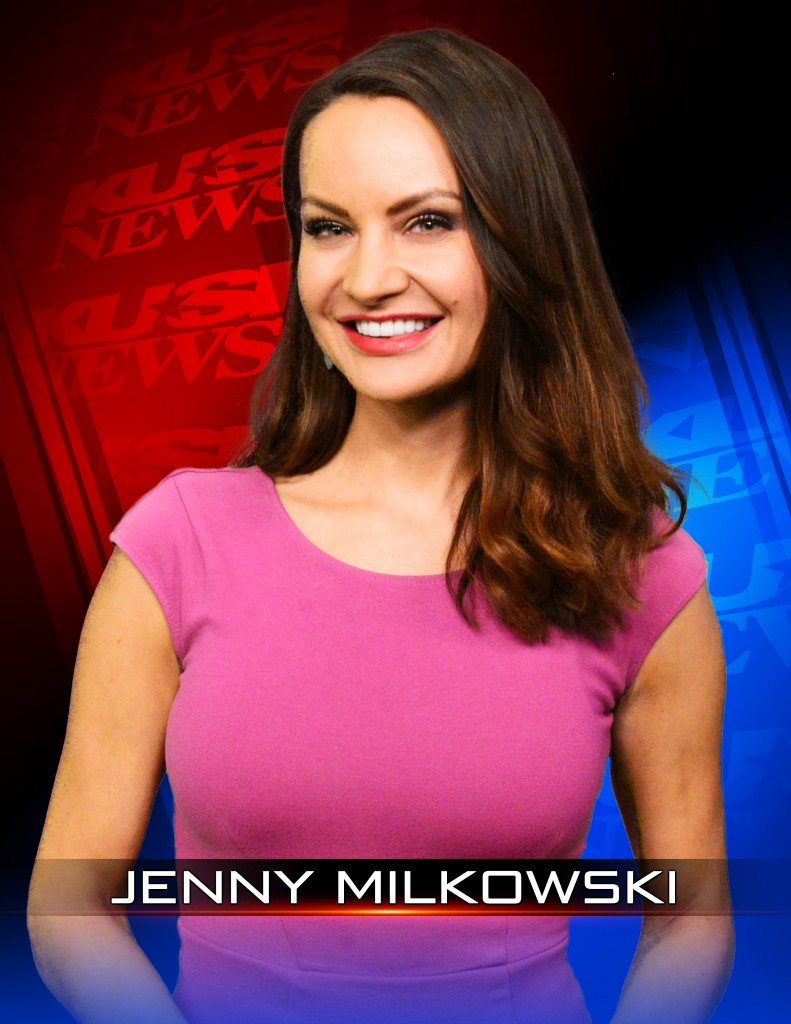 Jenny Milkowski  is an Emmy Winning Reporter and Anchor. She was voted ‘Best TV Personality’ in San Diego in 2019 and 2021.

She joined KUSI in November 2021 as a Feature Reporter and Morning Anchor.

Before KUSI, Jenny was the Morning Feature Reporter and Trending News Anchor at CBS and The CW in San Diego where she spent four hours LIVE on the morning show and adventured all over Southern California, producing local stories into segments with National appeal.

Previously Jenny was an on-air talent at WFLD FOX 32 Chicago and was ranked the station’s top digital performer and was also the leader of digital content creation at CBS.

She is passionate about storytelling that is not only informative and entertaining, but also transitions from on-air to online, reaching a larger group of viewers with a multi-screen experience.

Jenny is first generation Polish and speaks Polish along with conversational Spanish.  She has a degree in Broadcast Journalism from the University of Illinois and studied the art of improvisation, voiceover and acting at The Second City Chicago.