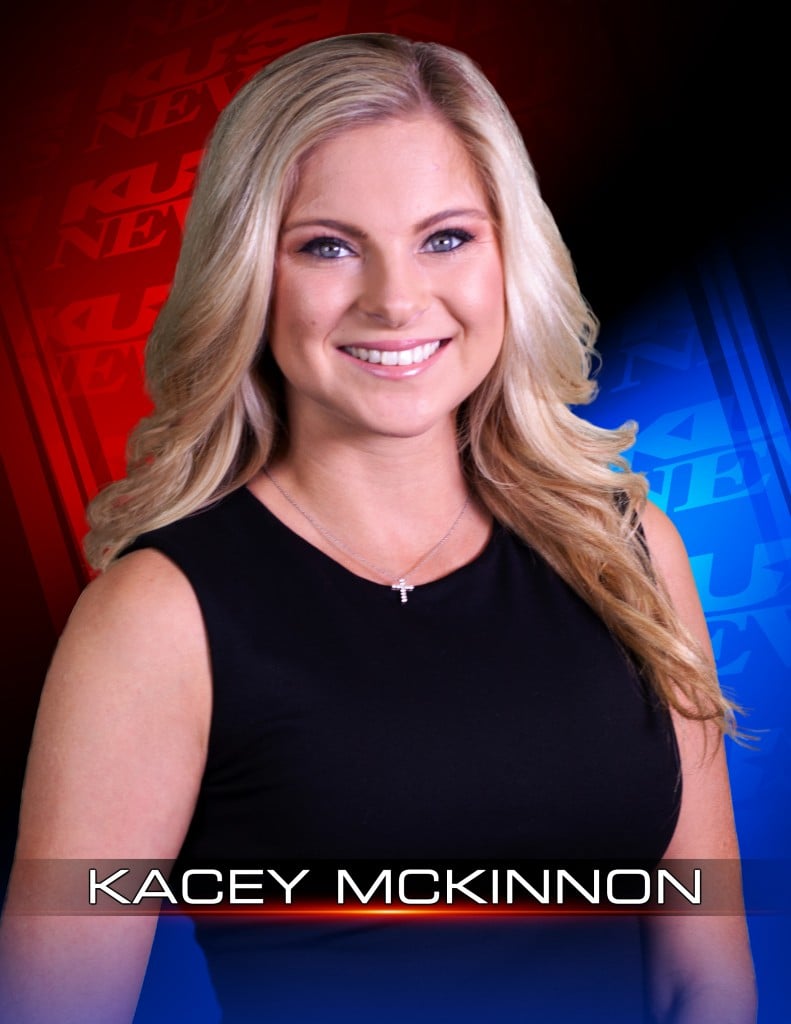 Kacey McKinnon is a San Diego native. She attended Torrey Pines High School where she was a four year varsity lacrosse player being named MVP and team captain during her Junior and Senior year.

She received a scholarship to the University of North Carolina at Chapel Hill to play Division I lacrosse. The North Carolina Women’s lacrosse team won the Atlantic Coast Conference and won the National Championship in 2016. Kacey now has two rings for her collegiate sports accomplishments.

During the summer break, Kacey would return to San Diego where she would intern for KUSI SPORTS and Paul Rudy.  It was during this time where she learned the “ ins and outs” of covering local sports.

Kacey graduated from the University of North Carolina in 2018 with a degree in mass communication/media studies and jumped right into working at KUSI in the sports department. Kacey started her career at KUSI working the Prep Pigskin Report and field producing high school football games. She introduced “The Big Pig on Campus” segment in 2018 to the PPR community.

“I love this job because everyday I learn something new. I meet people from all over San Diego county and I love being able to share their story. I will forever be grateful to those who supported my dream that started at such a young age. Those people stood by my side and helped me grow into the reporter and person I am today” – Kacey McKinnon

“Operation Game On” helps to rebuild lives of combat-injured troops

Be a superhero and donate Blood this week at the Robert A. Heinlein Blood Drive

Sam the Cooking Guy explains how to make his ‘Not so Basic, Basic Burger’

Community members step up to clean graffiti in Ocean Beach

The strawberries at the Carlsbad Strawberry Company are ripe and ready for you to pick!