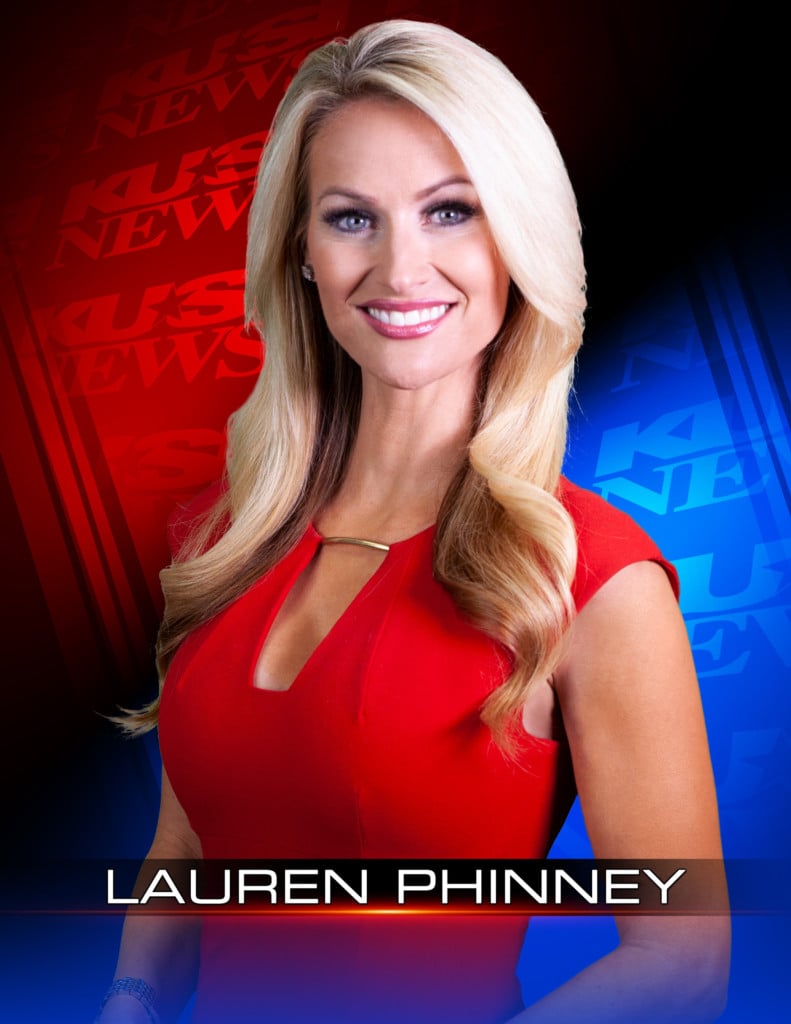 Lauren Phinney comes to KUSI from the Tampa, Florida, market where she anchored the evening news for WWSB in Sarasota. While there, Lauren reported on medical breakthroughs and did extensive coverage on the Gulf of Mexico oil spill as well as the 2012 Presidential election. She spent four days reporting live from the Republican National Convention in Tampa and was also granted a one on one interview with President Obama. Lauren also reported live as Sarasota’s local daredevil, Nik Wallenda, made history crossing Niagara Falls and then the Grand Canyon on a high wire. The Florida Broadcasters Association recognized Lauren with the 2012 Rising Star award.

Before WWSB, Lauren was the evening anchor for WTXL in Tallahassee, Florida, where her reporting earned two associated press awards. While working in the state capital, she also hosted a weekly political segment and hosted several specials including a one-hour show on the retirement of FSU head football coach, Bobby Bowden. Before moving to Florida, Lauren reported for KCFW in Montana. Her experience there landed her an anchor position for “Montana Today” at KECI in Missoula. After only a year she won runner-up for the state’s E.B. Craney Award, “Broadcaster of the year”. Lauren has also worked in Washington, D.C. and spent time covering the D.C. sniper. During college, Lauren got her start interning at KTLA in Los Angeles.

Lauren is passionate about health and childrens’ issues and has served on numerous non-profit boards throughout her career. She also volunteers with the American Cancer Society, the Make-A-Wish foundation and Brides Against Breast Cancer.

Lauren especially loves when her career allows her adventurous side to come out. Some stories have led her to work on a ranch, experience ice diving, and even to sky-dive into a park to kick off a 9/11 tribute ceremony.

Lauren is an avid scuba diver and enjoys running, cooking, and reading in her free time. She has enjoyed visiting her sister in San Diego for over a decade and is excited to finally be living in America’s finest city.

Hudson Taylor to perform at the Observatory North Park

National Bullying Prevention month and the effects of bullying

California schools under-funded by $22 billion, according to new report

Restaurant Week Feature: The Shores Restaurant and The Marine Room

The Super Dentists: Child dental health and how it can impact other areas of life

The Latest: Surgeon in Britain dies after contracting virus