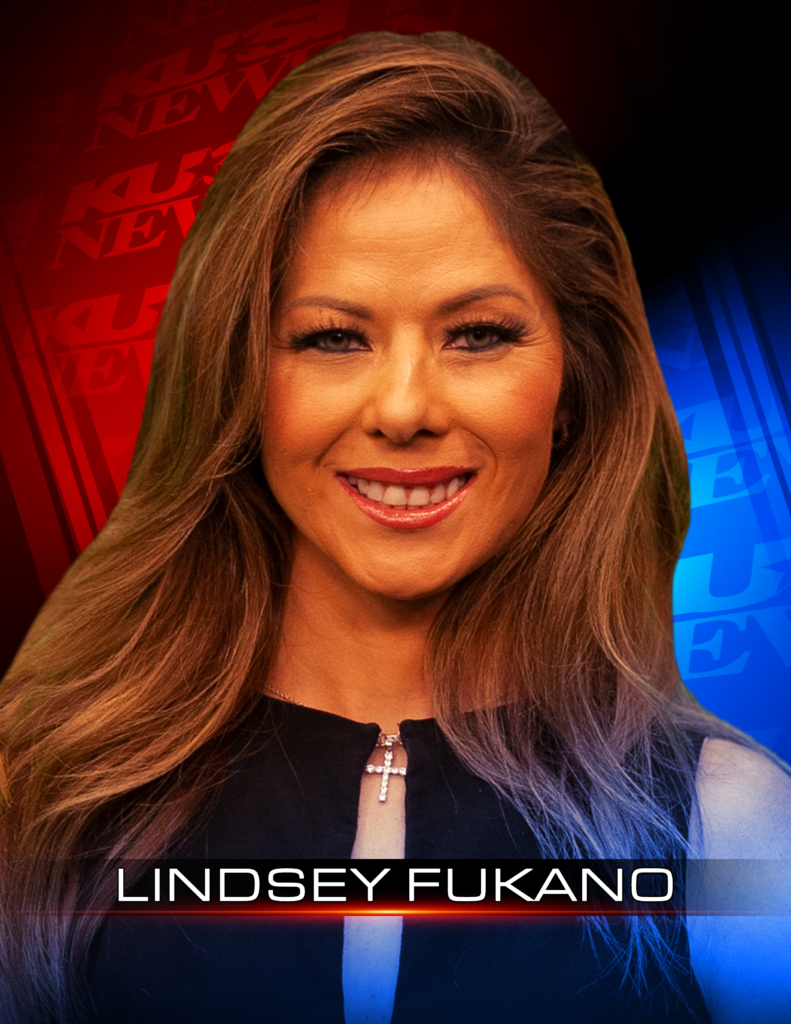 Lindsey Fukano is an Emmy/Murrow/Associated Press Award-Winning journalist with more than 13 years of anchoring, reporting and producing experience in television news.  Lindsey has anchored, produced and reported at stations in Honolulu, central California, Washington State, and Wyoming.

Lindsey won an Emmy Award for Best Newscast, for a show she both produced and anchored. She’s also won a Murrow for Best Breaking News, and an AP Award for Best Spot News— for work she did while covering the biggest fire in Central California’s history.

After Lindsey’s most recent news job in Honolulu (as morning anchor of Good Morning Hawaii, and the creator, producer and anchor of Hawaii’s Only Midday Newscast)— Lindsey created her own production company, Lindsey Fukano Productions LLC. Her independent work aired on news stations in Hawaii.

Lindsey has a Bachelor’s in English from the University of California, Riverside, and a Master’s in TV and Radio Broadcasting from San Francisco State University.

Being a Southern California native, Lindsey says she is blessed and honored to now be at KUSI, a station she grew up watching.