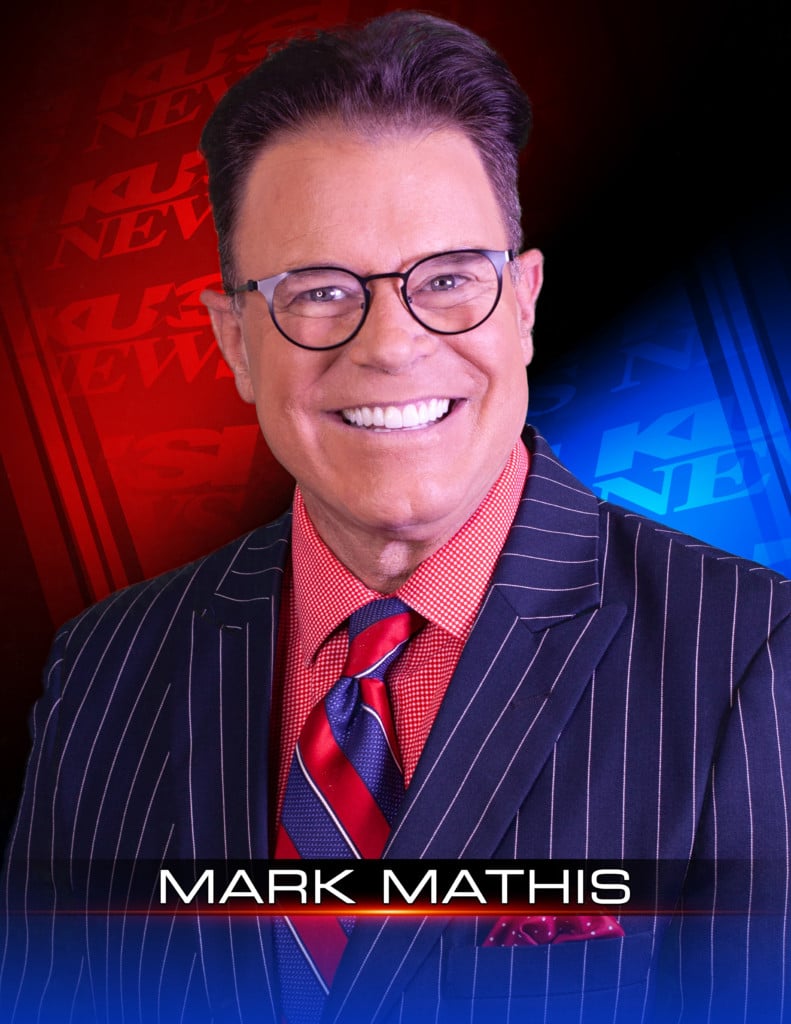 Mark Mathis is a American TV personality and currently serves as METEOROLOGIST for KUSI TV in San Diego, California.

Mathis has served as morning and noon meteorologist and co-host of Good Morning Texas with WFAA in Dallas, TX then to KTBC in Austin, TX. He transferred to KSWB in San Diego then back East to WCCB in Charlotte, NC. . Segments from his shows in Charlotte were rebroadcast on The Late Show with David Letterman, The Tonight Show,  MTV, VH1, E!, Ifilm, WGN Radio, Fox News Channel, the BBC, United Kingdom TV, and German and Russian National TV.  Mark has also performed on stage with The Footlight Players, Charleston Stage Company, Zachary Scott Theater, Majestic Theater, La Jolla Stage Company, North Carolina Blumenthal Performing Arts Center.  While at Fox, Mark was a regular on the red carpet for American Idol and So You Think You Can Dance.

He broadcasted weekly entertainment segments in addition to his daily weather forecasts. While in Colorado Mathis has appeared as a co-host on The Daily Buzz and WizeTrade TV.  Mark has also served as host of Good Day Sacramento.

As a public speaker Mathis has also produced and performed in night clubs around the country, including the world’s largest Comedy Zone Club in Charlotte, where he had his own comedy show.  He has appeared in television commercials for Interstate Batteries, American Airlines, Bud Light, AT&T, GTE and Time Life Books. He hosted Making The Band for CBS television.  His reputation for zaniness has given him YouTube celebrity status, where previews of his on-air acts can be found. He is a motivational guest speaker and humorist often called on by professional organizations throughout the country.

Mathis hosts benefits and is actively involved in charities in and around the country. He is a member of FAVOR (Faces and Voices of Recovery). He also has hosted the annual New Year’s Eve Benefit for the Charlotte Rescue Mission and is the MC for the Masquerade Ball which benefits Drug Endangered Children Program.

After earning his BBA in Marketing and Broadcasting from Baylor University, Mathis launched his broadcasting career in Myrtle Beach, South Carolina before advancing to WCIV in Charleston. He soon added an Applied Science Degree in Meteorology from Mississippi State University.

Preventative tips to keep your pet safe during rattlesnake season

A new type of Christmas play at the OnStage Playhouse, ‘A People’s Cuban Christmas Tale’

Lifeguards expecting huge crowds at the beach this holiday weekend

Despite rain, lines wrap around Cafe Coyote ahead of Cinco de Mayo

Sweltering heat to last throughout weekend in San Diego County

Final Weather-cast With Allen Denton So I Stole His Hairspray!

A Little Fun To Say Goodbye To Our Friend Allen Denton!

A weather day to for the record books!

THE COLD CONTINUES IN THE MIDWEST AND NORTHEAST

IT IS NOT REALLY A ‘VORTEX”