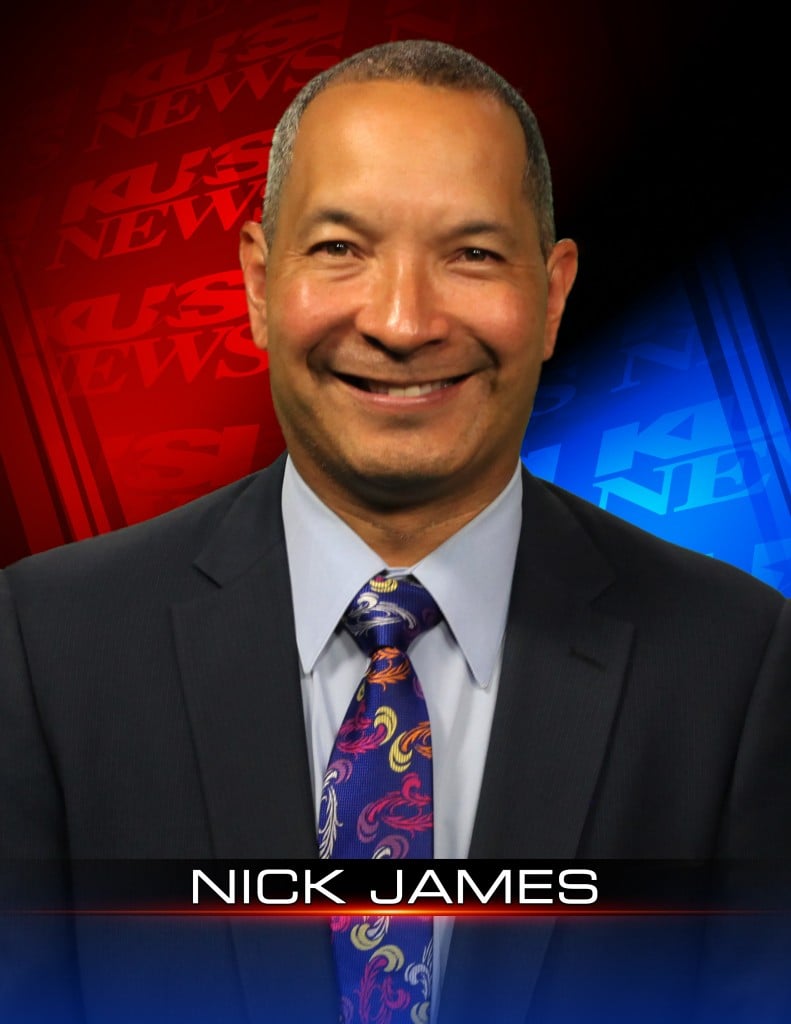 Nick James returns home, to where it all started. A Chula Vista High and CSU- San Marcos graduate, Nick is well traveled on his road back to San Diego.

Nick comes to KUSI from KGET in Bakersfield, where he was Sports Director and anchor. Before Bakersfield, he worked in Lubbock, Texas covering Texas Tech, Lubbock Christian University and high school sports in West Texas.  Nick also worked in east Texas, Cheyenne, Wyoming and Roswell, New Mexico. He started his broadcasting career at ESPN in Bristol, Connecticut in 1999 as a Production Assistant.

Nick has also worked as a substitute teacher in the San Diego Unified School.

Nick played basketball in high school and then played baseball and football in college at Mid-America Nazarene University in Olathe, Kansas. He realized that an education was much more important and went back to San Diego to CSU San Marcos to concentrate on school.

An avid sports fan, Nick loves to play basketball, flag football, softball, baseball, golf and just about anything that involves a ball and exercise at the same time.

With no need to beat heat on Saturday, Aztecs turn to Idaho State strategy