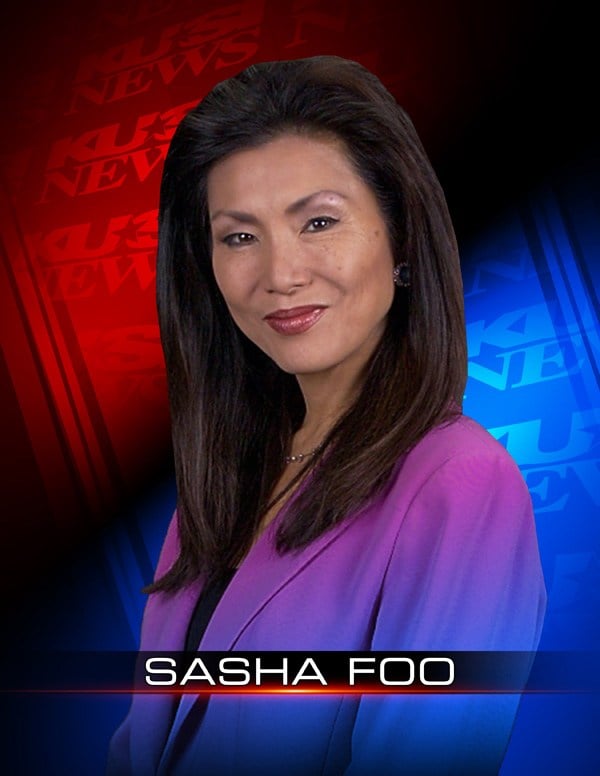 Her parents warned her that too much television would be bad for her! Yet, challenged by a short supply of employment choices for singing, dancing and philosophizing prose writers, Sasha Foo decided to turn her talents to to broadcast journalism.

Some KUSI NEWS viewers may remember Sasha as the first Asian-American news anchor at CNN in Atlanta. In her career, she has covered news events in nine cities, including Los Angeles, where she anchored at KCOP-TV. She has also been seen in San Francisco at KPIX-TV, in New York at WWOR-TV, in Seattle at KIRO-TV and on WHDH-TV in Boston.

Along the way, Sasha’s stories have earned numerous awards, including an Emmy for her series about a cancer patient’s battle for life, an Emmy for breaking news coverage in documenting police intervention in gangs in National City, and a Golden Mike Award for economic reporting on the conditions of migrant farmworkers in Southern California.

As a native of Chicago, Sasha feels fortunate to find a home in warm and sunny San Diego, although she says she still find occasion to dance in the rain.

Sasha would like to thank the people of San Diego for their generosity of spirit, their optimism and enthusiasm. Inspired by the events which she covers and the people she meets, Sasha believes, “Recording our stories is a form of immortality.”

Public Health officials urge protesters to get tested for COVID-19

Government programs expanding help to fight hunger for those in need

Mystery illness in children may be linked to COVID-19

Meals on Wheels fundraiser is a virtual party

Appreciation for nurses in the fight against COVID-19

Governor Newsom is helping to provide childcare to essential workers

The Latest: WHO urges focus on first wave of coronavirus