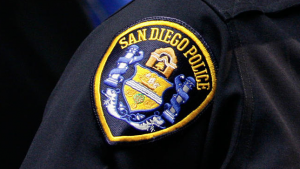 SAN DIEGO (KUSI) – A man riding a scooter suffered injuries after a sedan struck him and the driver fled in Linda Vista, police said Tuesday.

A 38-year-old man was riding a scooter in the northbound bike lane on the 6900 block of Linda Vista Road when a black Cadillac sedan veered to the right and struck him around 2:30 p.m. Monday, according to the San Diego Police Department.

The man suffered a broken nose, fractured shoulder and cuts on his face, police report.

The driver fled the scene. No other description of the vehicle or driver was released.