Marine Sgt. Chad Elliott Jenson was one of 15 Marines who were killed when a KC-130 Hercules tanker crashed last month into a soybean field 85 miles north of Jackson, Mississippi. A Navy corpsman was also killed.

Jenson’s family chose to bury him in San Diego because of his strong Marine ties, said Laura Herzog, the founder and executive director of the group Honoring Our Fallen. He graduated from the Marine Corps Recruit Depot and served at the Marine Corps Air Station Miramar, before being transferred to Camp Lejeune in North Carolina.

Jenson was serving with the 2nd Raider Battalion Special Operations Command on Jul 10, when the Hercules crashed.

Debris from the KC-130 tanker was scattered for miles and witnesses described seeing black smoke spewing from the spiraling plane before it crashed into a soybean field about 85 miles north of Jackson. One witness said some bodies were found more than a mile away. 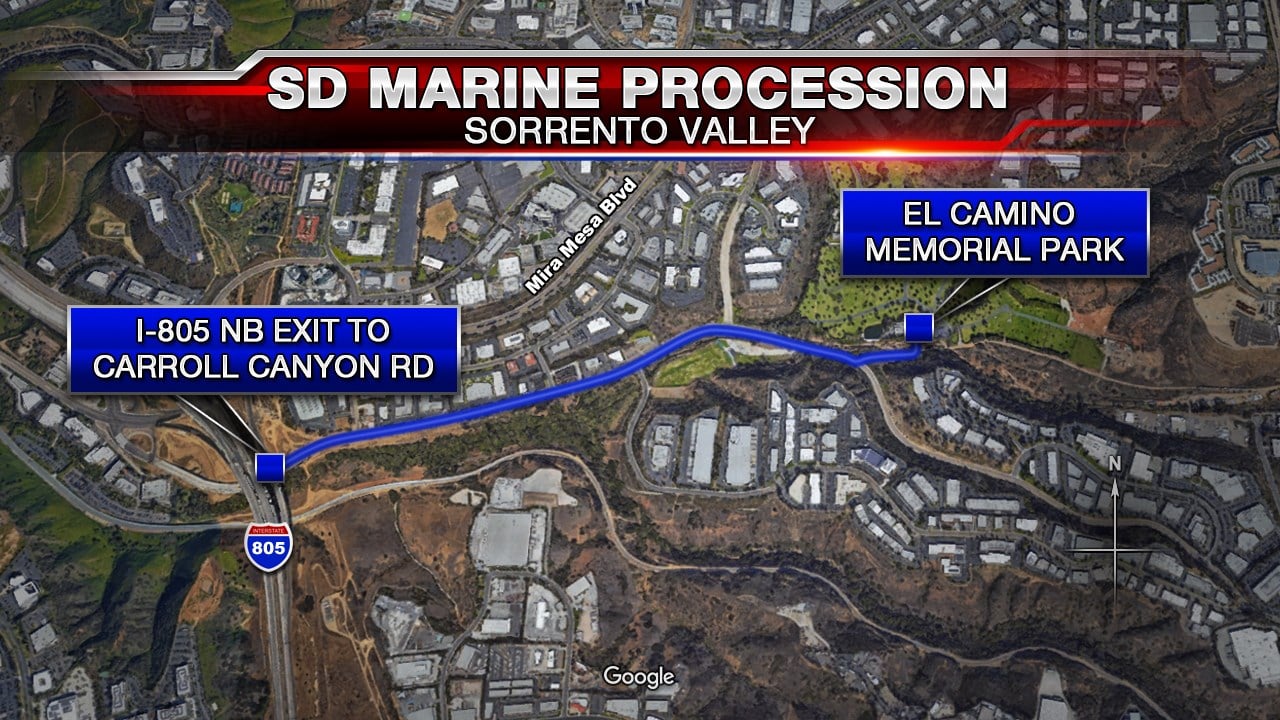 Jenson’s body arrived at San Diego International Airport Tuesday afternoon and was transported to El Camino Memorial Park in Sorrento Valley. A motorcade traveled the route with the fallen soldier. Once the procession excited Interstate 805, people lined the streets with American Flags as the Jenson’s body was taken to its destination at 5600 Carroll Canyon Road.

Funeral services will be held Friday beginning at 10 a.m. at the Marine Corps Air Station Miramar Chapel followed by a burial ceremony at Miramar National Cemetery at 1 p.m.

Jenson grew up in Redondo Beach and attended Mira Costa High School where he played football as part of a championship team, according to a GoFundMe account created to raise money for a scholarship in his name.

Jenson is survived by his parents, Robert and Susan, his wife, Jessica, and stepson, Jackson.