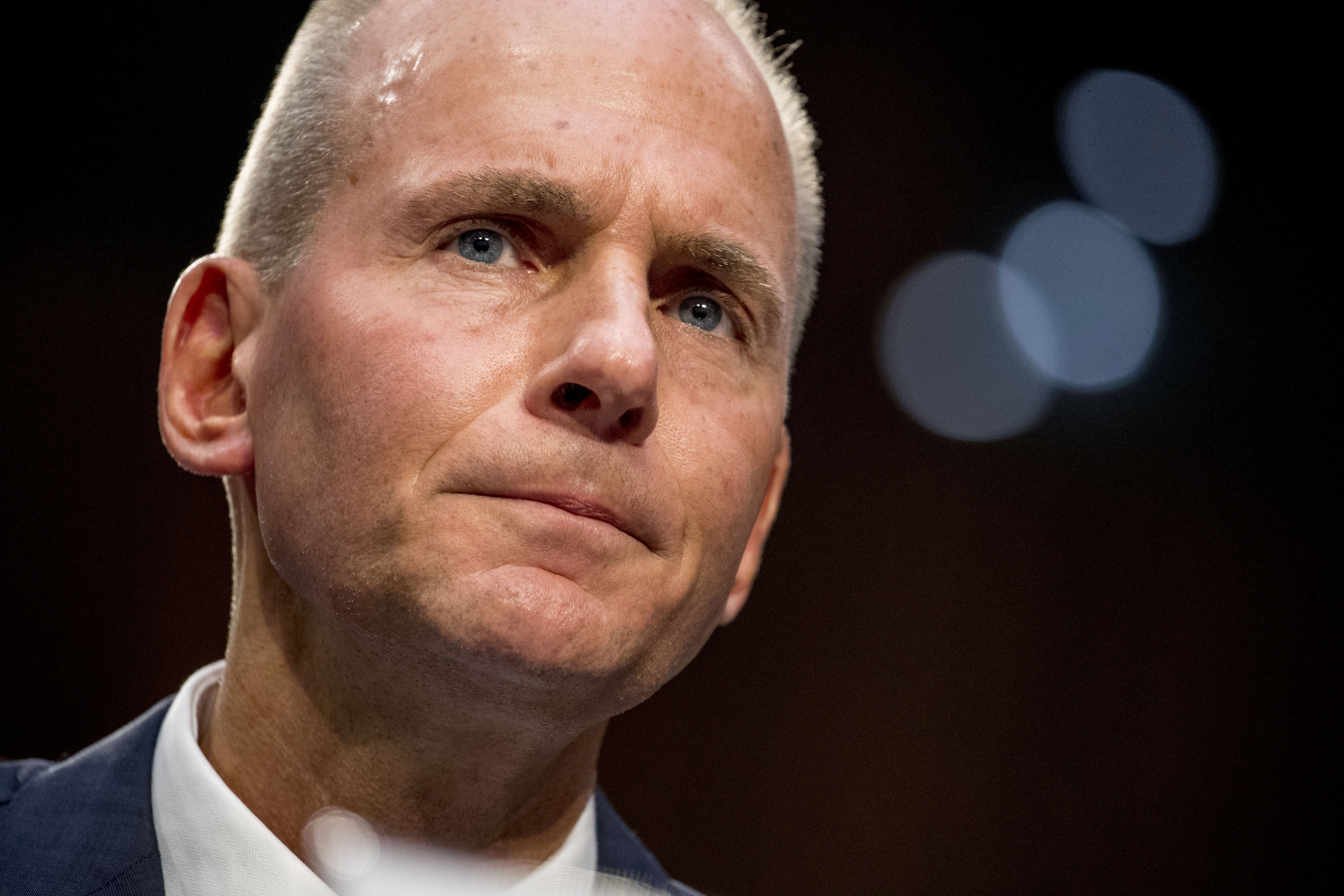 FILE – In this Oct. 29, 2019, file photo Boeing Company President and Chief Executive Officer Dennis Muilenburg appears before a Senate Committee on Commerce, Science, and Transportation hearing on ‘Aviation Safety and the Future of Boeing’s 737 MAX’ on Capitol Hill in Washington. Boeing’s new chairman gave Muilenburg a vote of confidence Tuesday , Nov. 5, and said the chief executive is giving up any bonus this year. (AP Photo/Andrew Harnik, File)

(AP) – Boeing’s CEO is resigning amid ongoing problems at the company over the troubled Max 737 aircraft.

The Chicago manufacturer said Monday that Dennis Muilenburg is stepping down immediately. The board’s current chairman David Calhoun will officially take over on January 13.

The board said a change in leadership was necessary to restore confidence in the company as it works to repair relationships with regulators and stakeholders. The Max was grounded worldwide in March after the second of two crashes of its jet, killing a combined total of 346 people.

Calhoun says he strongly believes in the future of Boeing and the 737 Max.

The leadership change follows Boeing’s announcement last week that it would halt Max production in January.

Then United Airlines said it would pull the Boeing 737 Max from its flight schedule until June. The same day, Spirit AeroSystems, which makes fuselages, said it would end deliveries intended for the Max in January, and Boeing’s new Starliner capsule went off course on a planned trip to the International Space Station.

Board member Lawrence Kellner will become non-executive chairman of the board.

“On behalf of the entire board of directors, I am pleased that Dave has agreed to lead Boeing at this critical juncture,” Mr. Kellner said in a prepared statement. “Dave has deep industry experience and a proven track record of strong leadership, and he recognizes the challenges we must confront. The board and I look forward to working with him and the rest of the Boeing team to ensure that today marks a new way forward for our company.”