DEL RIO, Texas (AP) — U.S. officials say more than 6,000 Haitians and other migrants have been removed from an encampment at a Texas border town.

They also defended a strong response that included immediately sending migrants back to their impoverished Caribbean country and the use of horse patrols to stop them from entering the town.

It’s a massive show of force that signals the beginning of what could be one of America’s swiftest, large-scale expulsions of migrants or refugees in decades.

In all, U.S. authorities moved to expel many of the more than 12,000 migrants camped around a bridge in Del Rio, Texas, after crossing from Ciudad Acuña, Mexico.

Furthermore, U.S. Customs & Border Patrol announced a closure of the Del Rio Port of Entry, and the Amistad Dam International bridge. They simply are overwhelmed and do not have nearly enough resources to accommodate and process the thousands of migrants hoping to enter the country.

Immigration Attorney Esther Valdes Clayton broke down the crisis and explained why border patrol was forced to close the ports of entry with KUSI’s Logan Byrnes on Good Evening San Diego. 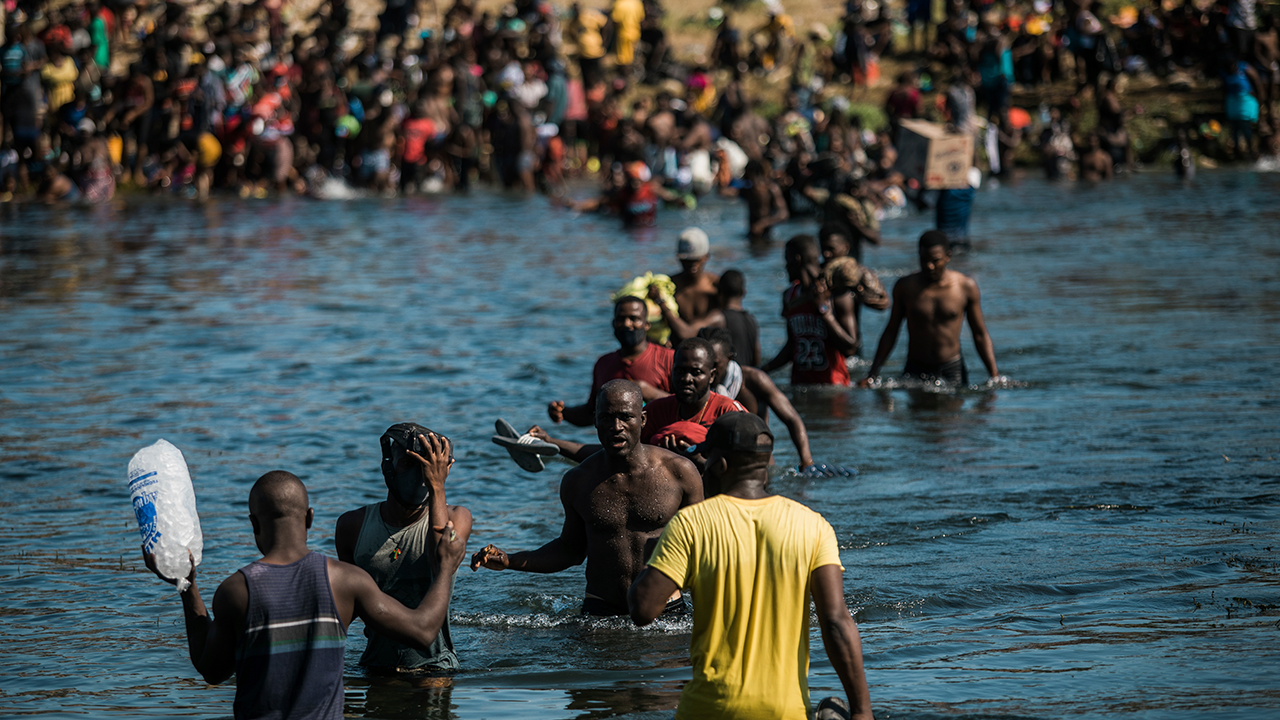 Migrants wade across the Rio Grande from Del Rio, Texas, to Ciudad Acuña, Mexico, to shop for food and supplies before returning back to the US side of the border, Sunday, Sept. 19, 2021. Thousands of Haitian migrants have been arriving to Del Rio, Texas, as authorities attempt to close the border to stop the flow of migrants. (AP Photo/Felix Marquez)