SAN DIEGO (KUSI) – Breitbart News has found that tech giant Google is deliberately working to interfere with the reelection of President Donald Trump.

Breitbart believes that there are several ways Google is interfering in searches specifically related to politics and specifically conservative news.

Search visibility is a key industry measure of how findable a publisher’s content is when searched in Google. According to a report done by Breitbart News, Google has suppressed Breitbart’s search visibility by 99.7% since 2016. 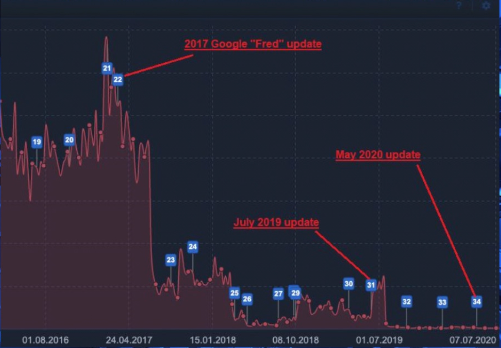 This chart shows the visibility of Breitbart News content in the Google search engine.

In the chart above, you can see the first drop in visibility took place very shortly after the 2016 election.

Bokhari also explained how the censorship of conservative voices is being done to hurt Donald Trump’s re-election support, and help his opponent, Democrat Joe Biden.

While we're focused on the #Kardashisan's, @Apple @Facebook and @Google took control of the global information flow. No one sounding the BIG TECH alarm louder than @BreitbartNews @LibertarianBlue Allum joining @KUSI_GMSD Thur. @KUSINews