Congressman Hunter and Congressman Gaetz recently wrote a letter to President Trump to “express our dismay and strong concern for the pending legal matter regarding Chief Petty Officer (SEAL) Eddie Gallagher, USN a devoted husband, loving father and American war hero, who has served our nation faithfully for over 19 years.” 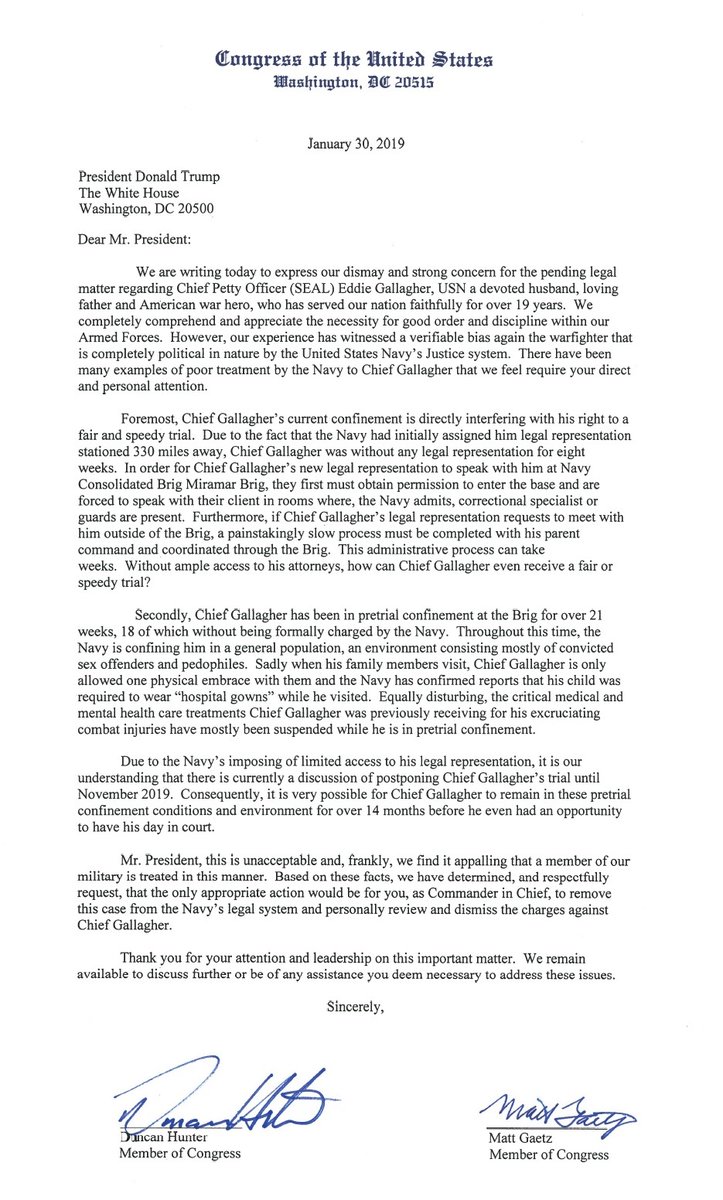 Congressman Hunter and Gaetz noted there was a chance the trial could be postponed and Chief Gallagher could remain in the pretrial confinement conditions and  environment at the Miramar Brig for over 14 months.

Friday morning, Sean Gallagher went on Fox and Friends to explain the situation his brother is in and why he needs the President of the United States to free Eddie. The segment was tweeted out by Congressman Hunter, you can watch it below.

Family of jailed Navy SEAL speaks out about the accusations

Met with Sean Gallagher today in my DC office, brother of Navy SEAL Chief Eddie Gallagher, regarding my letter to @POTUS @realDonaldTrump on Eddie's case and his upcoming appearance tomorrow morning on @foxandfriends. Don't miss it. @DonaldJTrumpJr @PeteHegseth pic.twitter.com/e576o0C3ph

Twitter and Trump: A feud years in the making finally erupts