WASHINGTON (KUSI) — Senate Intelligence Committee Chairman Richard Burr is asking for an ethics probe in response to criticism that he sold off as much as $1.7 million in stocks just before the market dropped in February amid coronavirus fears.

Along with Republican Senator Richard Burr, Democrat Senator Dianne Feinstein, and Republican Senators Jim Inhofe and Kelly Loeffler are facing mounting calls to resign after reports surfaced that they allegedly used knowledge from a Senate Intelligence Briefing to sell their stocks prior to the COVID-19 pandemic.

The New York Post is reporting “Sens. Dianne Feinstein and Jim Inhofe sold as much as $6.4 million worth of stock in the weeks before panic about the coronavirus sparked a worldwide selloff, according to disclosure filings first reported by the New York Times. The additional revelations came amid widespread outrage toward GOP Sens. Richard Burr and Kelly Loeffler, who reportedly sold shares after getting briefings on the coronavirus threat.”

KUSI Contributor & AM 760 Radio Host Mark Larson was in studio to talk about this.

Four U.S. Senators are being accused of selling their stocks prior to the COVID-19 pandemic after a Senate Intelligence Committee hearing detailing possible troubles.

President Trump said he doesn't know much about it yet, but will look into it. 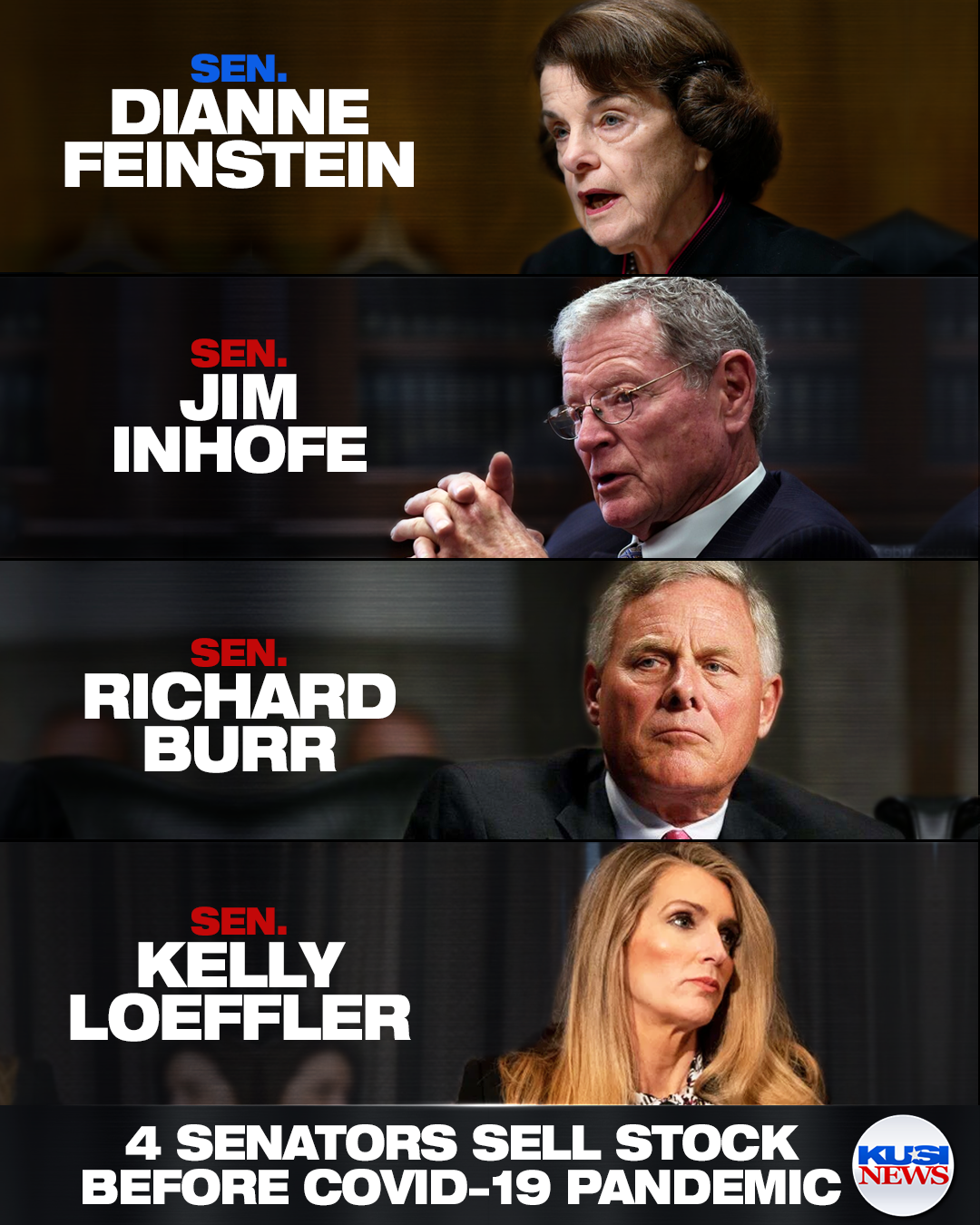