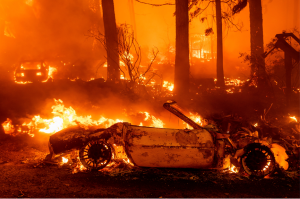 The Dixie fire had already destroyed over a dozen homes and other structures when it tore through the tiny community of Indian Falls, in Plumas County, on Saturday night.

But fire officials say the blaze has charred more than 181,000 acres and is 20% contained.