Their exchange left Plant with a cut under his right eye.

Álvarez and Plant scrapped after trading verbal barbs during the ceremonial faceoff before the news conference began in the garden of the Beverly Hilton. The Mexican superstar knocked Plant backward with a two-handed shove, which was apparently in response to a comment from Plant about Álvarez’s mother.

Plant stepped forward and threw a left hook at Álvarez, who dodged it and threw an open left hand to Plant’s face. 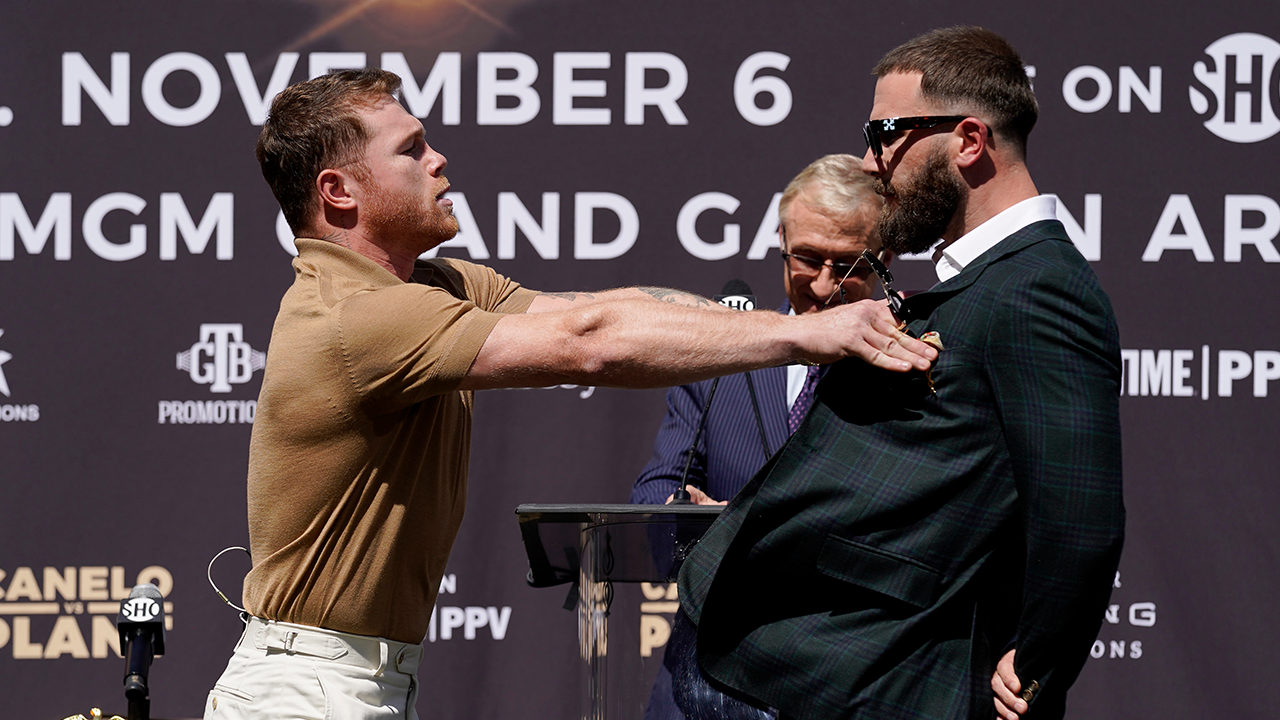