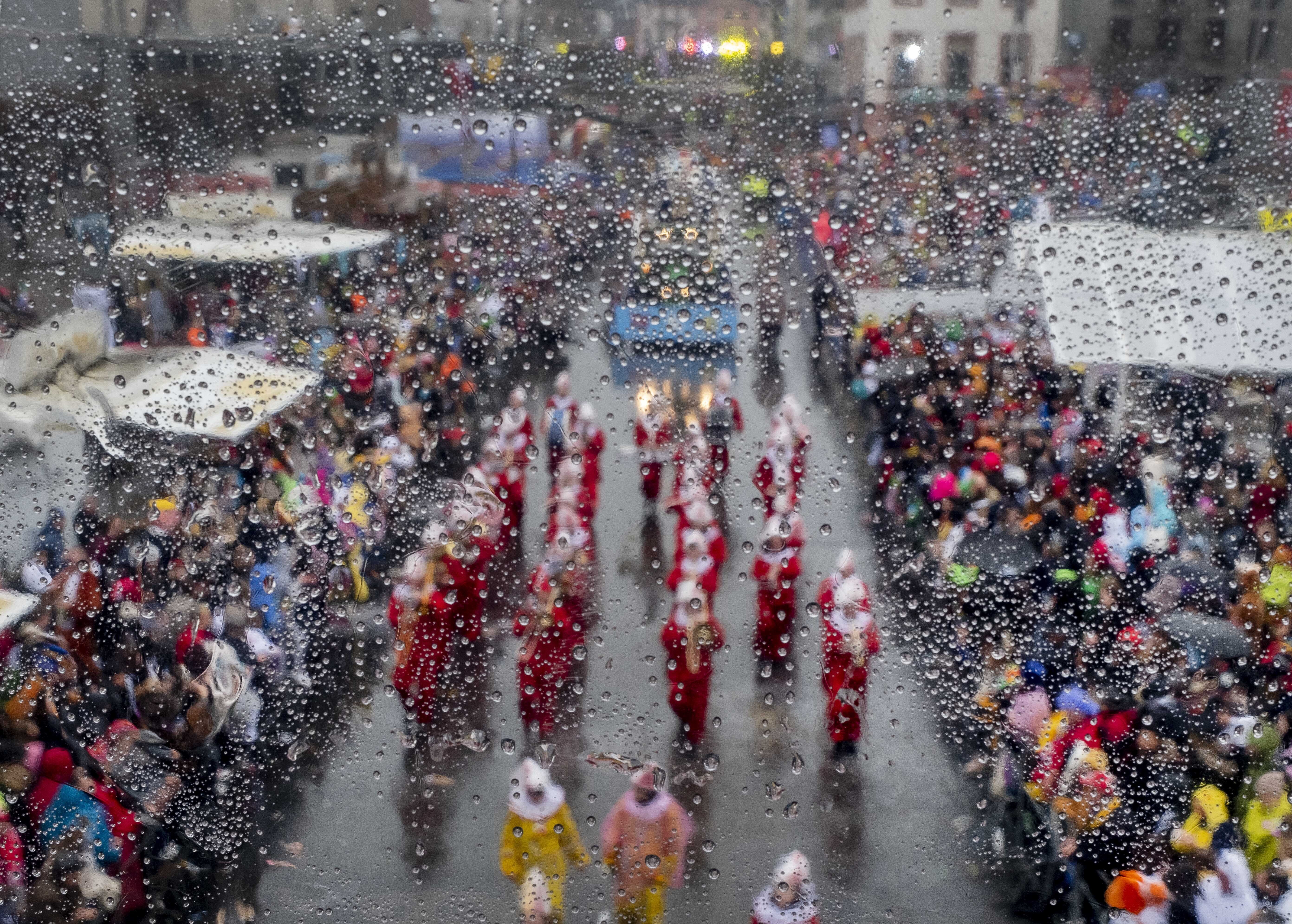 Carnevalists are seen through rain drops on a rain cover during the traditional carnival parade in Mainz, Germany Monday, Feb. 24, 2020. (AP Photo/Michael Probst)

BERLIN (AP) — A car drove into a crowd at Carnival procession in a German town on Monday, injuring several people, police said.

A large number of police are at the scene in Volkmarsen, about 280 kilometers (175 miles) southwest of Berlin, and the driver was arrested, Northern Hesse police said.

Local media reported at least a dozen injuries, including children, but police could not immediately confirm the information.

Police said they couldn’t immediately provide further details and urged people not to spread “unconfirmed reports” about the crash.

Police say they have not received any reports of any deaths, and don’t have a specific number of injuries yet. They say it is too early to say what caused the car to crash into the crowd.

Video from the scene showed a silver Mercedes station wagon with its hazard lights blinking on the sidewalk, while emergency crews walked by.

The regional Frankfurter Rundschau newspaper reported that witnesses said the driver drove around a barrier blocking off traffic from the parade, but that it wasn’t yet clear whether he intentionally headed toward the crowd.