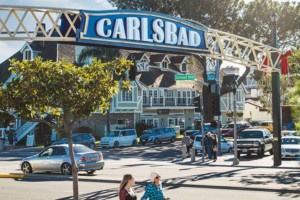 CARLSBAD (KUSI) – Following the resignation of former City Councilwoman Cori Schumacher earlier this month, the city of Carlsbad is accepting applications to fill the District 1 seat for the rest of the term until the November 2022 election, it was announced Wednesday.

Under the Carlsbad Municipal Code, the person appointed to fill the term may not run for the seat for at least a year after leaving office.

Schumacher resigned on July 9. On July 20, the council decided to proceed with an appointment process to fill the remainder of the term. The other option was to hold a special election, which was estimated to cost between $450,000 and $650,000 and could not take place until next April.

Candidates must reside in District 1 — northwest Carlsbad — and complete an economic disclosure. Applications will be accepted through 5 p.m. on Aug. 11.

District 1 residents are invited to submit topics they would like applicants to address during their City Council presentations. City staff will develop interview questions based on the topics submitted for council consideration at the Aug. 17 meeting. All applicants will be given an opportunity to address the council for five minutes at a public meeting Aug. 24, including answering a set of standard questions provided in advance. Applicants will be called to make a presentation in the order their applications were received.

The public may make comments at the meeting once all applicants have had an opportunity to speak. After the conclusion of public comments, the City Clerk will provide five blank cards to each of the council members. Council members will write the names of their top five candidates in priority order on the cards. The clerk will collect all of the cards and post them on a board next to the nominating council members’ name.

The candidates with the most nominations will be considered by a vote of the council. This process will continue until consensus is reached.

The Aug. 24 meeting will start at 4 p.m. in the Council Chambers, City Hall, 1200 Carlsbad Village Drive. If more time is needed, additional meetings may be scheduled.

Schumacher, who was facing a recall movement funded and organized largely by Reform California — a right wing organization pushing for recall elections around the state — said in her newsletter she will be attending a university outside of San Diego County.

“It’s an opportunity I simply cannot refuse,” Schumacher wrote. “Unfortunately, this means that I am no longer able to continue in my role as your council member. And so, I have tendered my resignation to the city.”

The world champion surfer and political activist was elected to the Carlsbad City Council in an at-large seat in 2016. In 2018, she lost a mayoral bid against then two-term incumbent Mayor Matt Hall. She won the District 1 seat in 2020 following Barbara Hamilton’s October resignation.

Search party for Maya Millete to be held this Saturday

Search party for Maya Millete to be held this Saturday

San Diego Restaurant Week is back this Sunday, Sept. 26th thru Oct. 3rd

In-person learning back in full force at UC San Diego