POWAY (KUSI) – The Chabad of Poway synagogue will hold a celebration for the completion of a Torah scroll Wednesday, which will be dedicated to the victim of last month’s deadly shooting.

The synagogue will host a ritual scribe to complete the scroll, mirroring the actions of the Hebrew prophet Moses 3,300 years ago. The scroll will be dedicated in memory of Lori Gilbert Kaye, 60, who was killed during the April 27 shooting on the last day of the Jewish holiday of Passover.

“It has been a difficult past couple of weeks for our community, and especially for the Kaye family,” said Chabad of Poway Rabbi Yisroel Goldstein, who lost a finger in the deadly attack. “Lori was such a kind, loving soul, and she knew everyone here, so this is really an opportunity for the community to come together and heal, and celebrate the life of a very special person who was brutally taken from us.”

After the scroll is completed, the local Jewish community will celebrate by parading it through the streets under a canopy. The procession will also include a float, live music and dancing. According to the synagogue, the ceremony will be an opportunity to honor Kaye’s life, the survivors of the shooting and the attack’s first responders.

The Torah scroll dedication will be held at 6 p.m. at the synagogue at 16934 Chabad Way. The subsequent parade is scheduled to begin at 6 p.m. 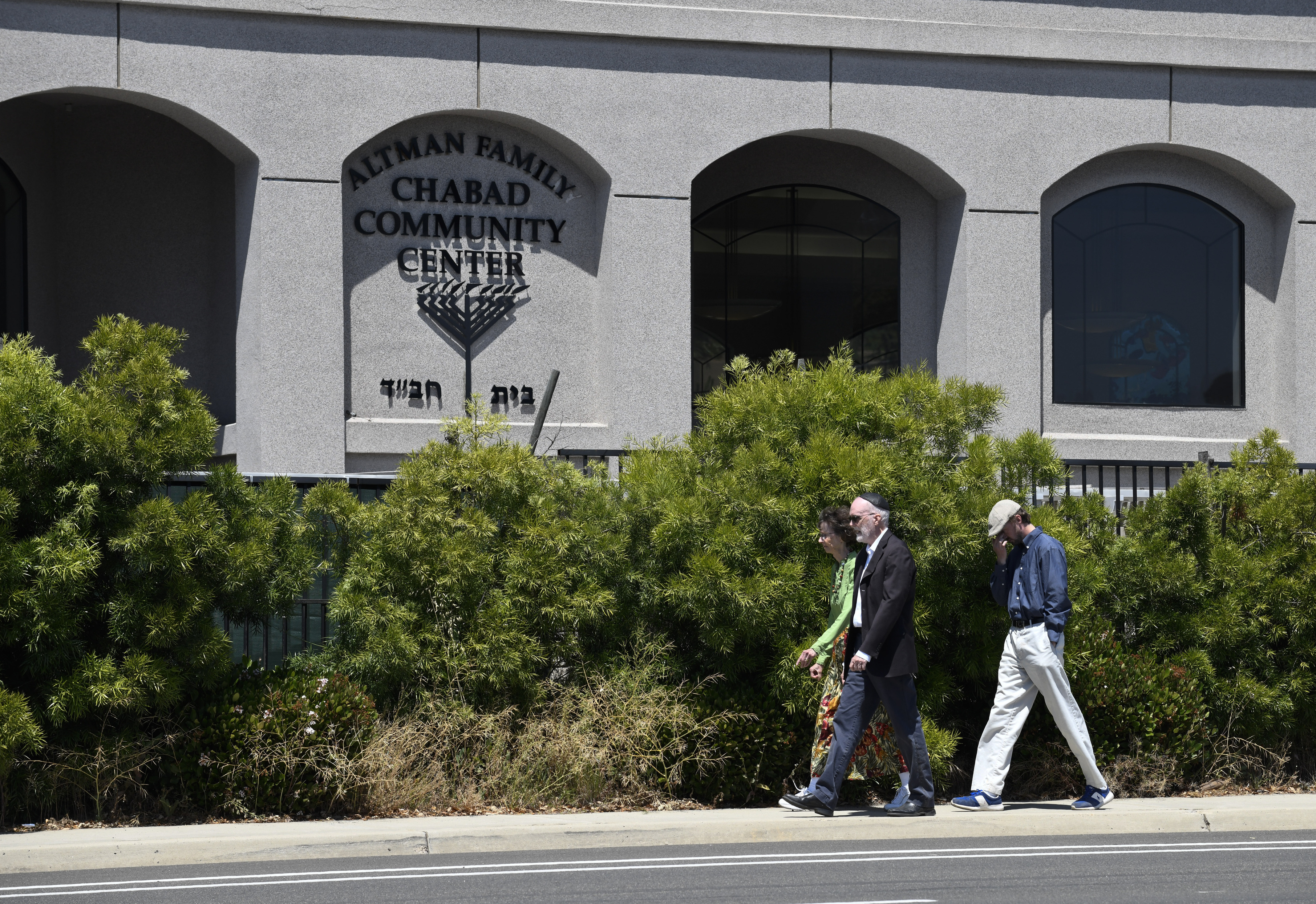 Synagogue members walk outside of the Chabad of Poway Synagogue Saturday, April 27, 2019, in Poway, Calif. Several people were injured in a shooting at the synagogue. (AP Photo/Denis Poroy)