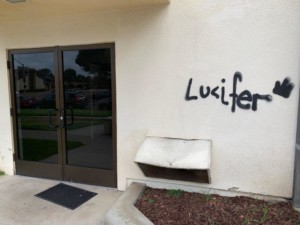 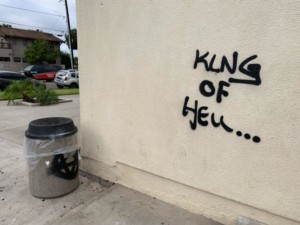 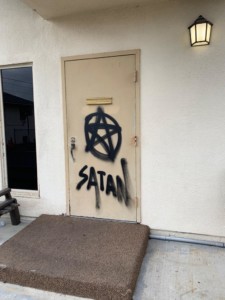 CHULA VISTA (KUSI) – A Chula Vista church was vandalized over the weekend and authorities Monday are investigating the damage as a hate crime.

Staff at the South Bay Pentecostal Church on D Street reported the vandalism Sunday morning, according to Chula Vista police.

Officers found several spray-painted messages on the wall, including the word “Lucifer,” an apparent pentagram and other scrawlings, police said.

Surveillance footage captured by cameras at the church showed a vehicle pull up to the location around 12:30 a.m. Sunday and two individuals get out before going to the back of the church, where the graffiti was found.

Police suspect two people were responsible for the incident, but no suspect descriptions were immediately available.