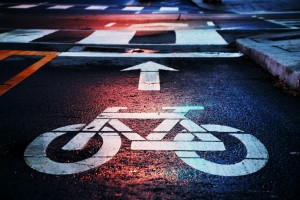 SAN DIEGO (KUSI) – The San Diego City Council agreed Tuesday to pay nearly $23.75 million to a man who was left paralyzed when he was hit by an impaired driver in 2014 while riding his bike on Fiesta Island.

The council unanimously approved the settlement for Juan Carlos Vinolo in closed session in September. The deal was passed Tuesday in open session.

The driver who struck Vinolo on Aug. 12, 2014, was convicted of driving under the influence of methamphetamine and is serving a 19-year prison sentence, the San Diego Union-Tribune reported. Vinolo filed a lawsuit in 2016 saying the city deserves some blame due to the one-way Fiesta Island Road’s foliage and earthen works, which can block a driver’s line of sight.

In 2019, a San Diego Superior Court jury assigned 27% of the liability for the crash to the city and 73% to the driver of the car, Theresa Lynn Owens, the U-T reported.

Vinolo dislocated his left clavicle when he was struck, broke eight ribs and was left paralyzed from the chest down. He was in the ICU for 33 days.

His wife, Emma Ibarragorri Gutierrez, is part of the city’s settlement, citing loss of consortium.

The city’s taxpayers will pay $3 million of the settlement. The remainder comes from a pooled money partnership among other local government agencies to share liability.

Vinolo moved to San Diego from his native Mexico City in 2010.