Cleveland Indians officially change their name to the Guardians

CLEVELAND (AP) — Known as the Indians since 1915, Cleveland’s Major League Baseball team will be called Guardians. The ballclub announced the name change on Twitter, ending months of internal discussions triggered by a national reckoning by institutions and teams to permanently drop logos and names considered racist.

The choice of Guardians will undoubtedly be criticized by many of the club’s die-hard fans.

The organization spent most of the past year whittling down a list of potential names that was at nearly 1,200 just over a month ago. But the process quickly accelerated.

Together, we are all… pic.twitter.com/R5FnT4kv1I

The team name is taking a lot of criticism online, nobody seems to like the “Guardians.”

Former President Donald Trump issued a statement Friday morning slamming the name change. The statement reads, “Can anybody believe that the Cleveland Indians, a storied and cherished baseball franchise since taking the name in 1915, are changing their name to the Guardians? Such a disgrace…” 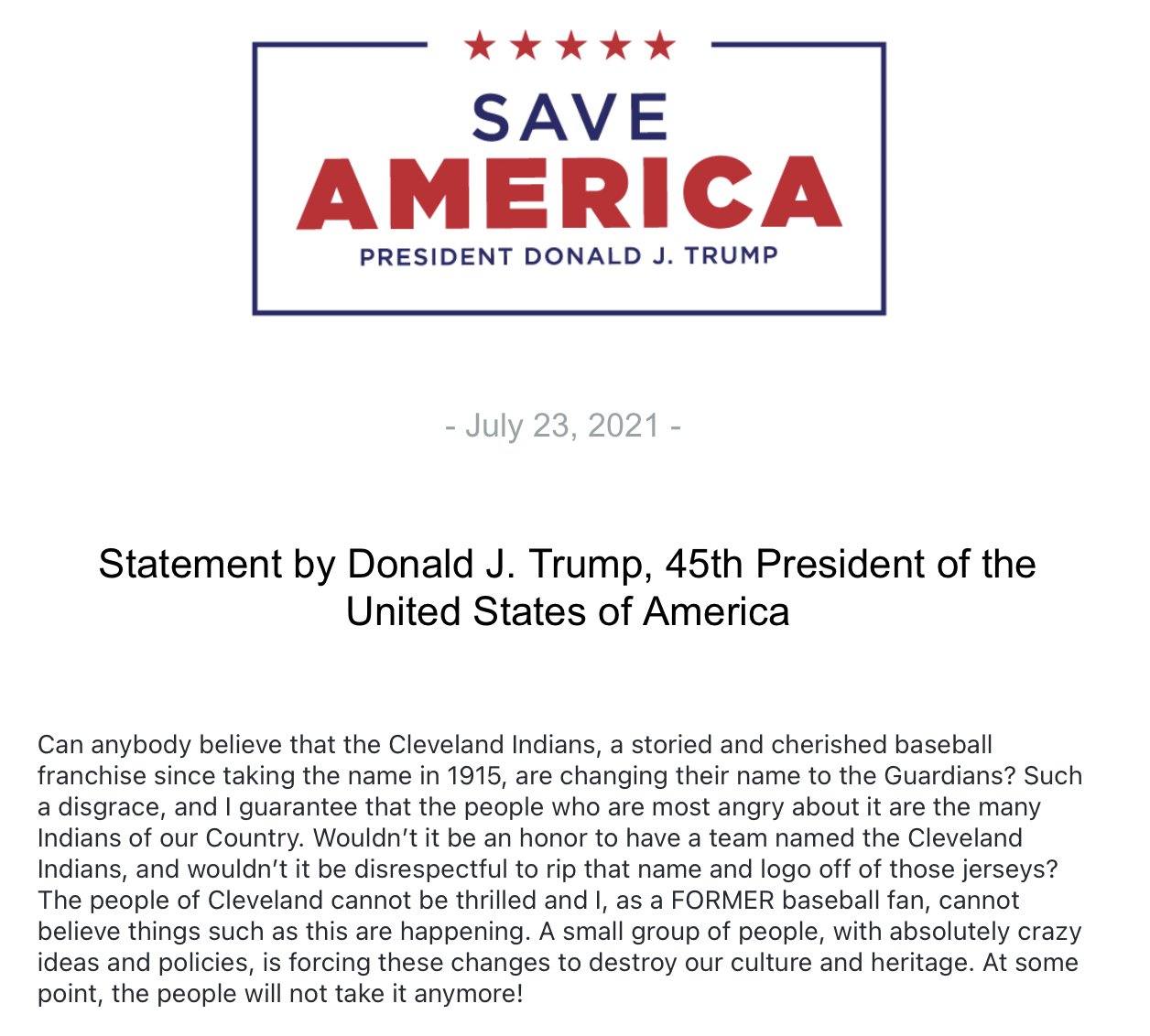 The Greater San Diego Walk for ALS on October 16th