SAN DIEGO (KUSI) – Prosecutor Kyle Sutterley didn’t mince words when his closing remarks to the jury opened with this: “In October of 2017, Henry Lopez failed his children.  He got angry, he started drinking, he lit a cigarette and he left his children to die.”

The scene that Sutterley set as he tries to convict 39 year old Henry Lopez of voluntarily manslaughter and child endangerment was heart wrenching.  Because the victims here were a brother and sister, 10 and 7 years old respectively. The Deputy District Attorney says Lopez was going through a divorce.  He’d lost his job. He’d just had a lengthy argument with his girlfriend and he was drinking heavily as his children, Cristos and Isabella slept in Lopez’s Rancho Bernardo condominium.

Lopez, says Sutterley, then fell asleep with a lit cigarette in his hand. Sutterley also told the jury Lopez tried to save himself from the blaze consuming the condo rather than his kids.

Lopez’s attorney, Paul Neuharth wrapped up with the defense contention that it was Lopez’s I-phone that caused the blaze.  Lopez was charging it, Neuharth says, beneath his pillow. “Now we have the cell phone that is very huge to be involved in this,” said the attorney.  “The d.a. even said so. And said it may have been burned up in the fire. That’s way beyond reasonable doubt if that cell phone was there.”

What’s more, said the attorney, Lopez did try to save Cristos and Isabella and there is evidence of that. Lopez faces up to 14 years in prison if convicted of all of the charges, which also include reckless fire starting. 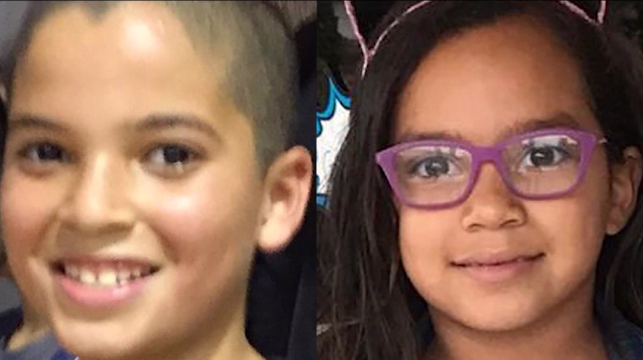 Photo of Cristos and Isabella, Lopez’s children who passed away in the fire.

Closing arguments in the trial of Henry Lopez, accused of getting drunk and starting a fire that killed his two children pic.twitter.com/VKutL4exu3