Coast Guard: Cruise ships with sick onboard must stay at sea ‘indefinitely’

FORT LAUDERDALE, Fla. (AP) — The U.S. Coast Guard has directed all cruise ships to prepare to treat any sick passengers and crew on board while being sequestered “indefinitely” offshore during the coronavirus pandemic.

The new rules require daily updates on each ship’s coronavirus caseload for vessels in U.S. waters, and come with a stiff warning: Any foreign-flagged vessels “that loiter beyond U.S. territorial seas” should try first to medically evacuate the very sick to those countries instead.

Many of South Florida’s cruise ships are registered in the Bahamas, where hospital capacity is limited and people are still recovering from last year’s Hurricane Dorian.

The rules, which apply to any vessel carrying more than 50 people, were issued in a March 29 safety bulletin signed by Coast Guard Rear Admiral E.C. Jones, whose district includes Florida, Georgia, South Carolina and Puerto Rico. 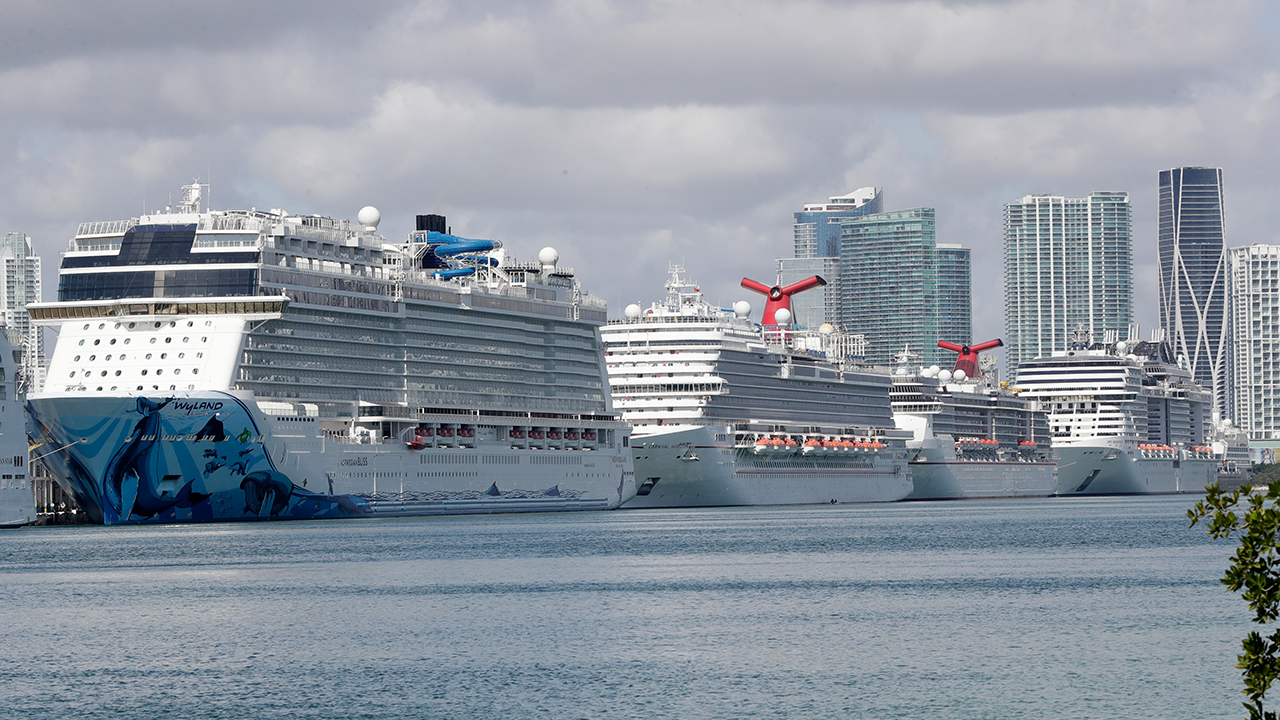 Dozens of cruise ships are either lined up at Port Miami and Port Everglades or waiting offshore due to the coronavirus pandemic. Most have only crew aboard, but Carnival Corp., which owns nine cruise lines with a total of 105 ships, notified the SEC Tuesday that it has more than 6,000 passengers still at sea, on three ships that will soon arrive in Fort Civitavecchia, Italy, and Southampton, England, as well as Fort Lauderdale.

Federal, state and local officials have been negotiating over whether Carnival’s Holland America cruise ships, the Zaandam and Rotterdam, would be allowed to dock at Port Everglades this week. But the company’s Coral Princess is coming, too, with what that ship’s medical center called a higher than normal number of people with flu-like symptoms.

Two of four deaths on the Zaandam were blamed on COVID-19 and nine people have tested positive for the novel coronavirus, the company said. At least 190 more reported symptoms. More than 300 Americans are on Zaandam and Rotterdam.

Florida Gov. Ron DeSantis said Tuesday that the state’s healthcare system is stretched too thin to take on the Zaandam’s coronavirus caseload. “Just to drop people off at the place where we’re having the highest number of cases right now just doesn’t make a whole lot of sense,” DeSantis said.

President Donald Trump said later that he would speak with his fellow Republican. “They’re dying on the ship,” Trump said. “I’m going to do what’s right. Not only for us, but for humanity.”

Passengers expressed their frustrations to The Associated Press on Wednesday. Andrea Anderson, stuck with her husband Rob on the Zaandam, coughed her way through a phone interview. Asked what she would say to Florida’s governor, she said, “How would he feel if his mother was on this ship? Would he still be saying, ‘no they can’t dock?’”

Under normal conditions, when a passenger or crew member become too ill for the ship’s medical team to care for, they call the Coast Guard to provide a medical evacuation to an onshore hospital. Under the new rules, sick passengers would be sequestered indefinitely on board.

For most people, the virus causes mild or moderate symptoms, such as fever and cough, that clear up in two to three weeks. For some, especially older adults and people with existing health problems, it can cause more severe illness, including pneumonia and death.

“This is necessary as shore-side medical facilities may reach full capacity and lose the ability to accept and effectively treat additional critically-ill patients,” the memo said. “A potential evacuee has better access to comfortable surroundings and the medical staff on board the foreign passenger vessel where care is already being provided.”

The document requires all ships in U.S. waters to report their numbers of sick and dead on board each day or face civil penalties or criminal prosecution. The Coast Guard will decide if a transfer is absolutely necessary, but the cruise line would be responsible for arranging on-shore transportation and hospital beds.