NEW YORK (AP) — Cokie Roberts, the daughter of politicians and a pioneering journalist who chronicled Washington from Jimmy Carter to Donald Trump for NPR and ABC News, died Tuesday of complications from breast cancer. She was 75. 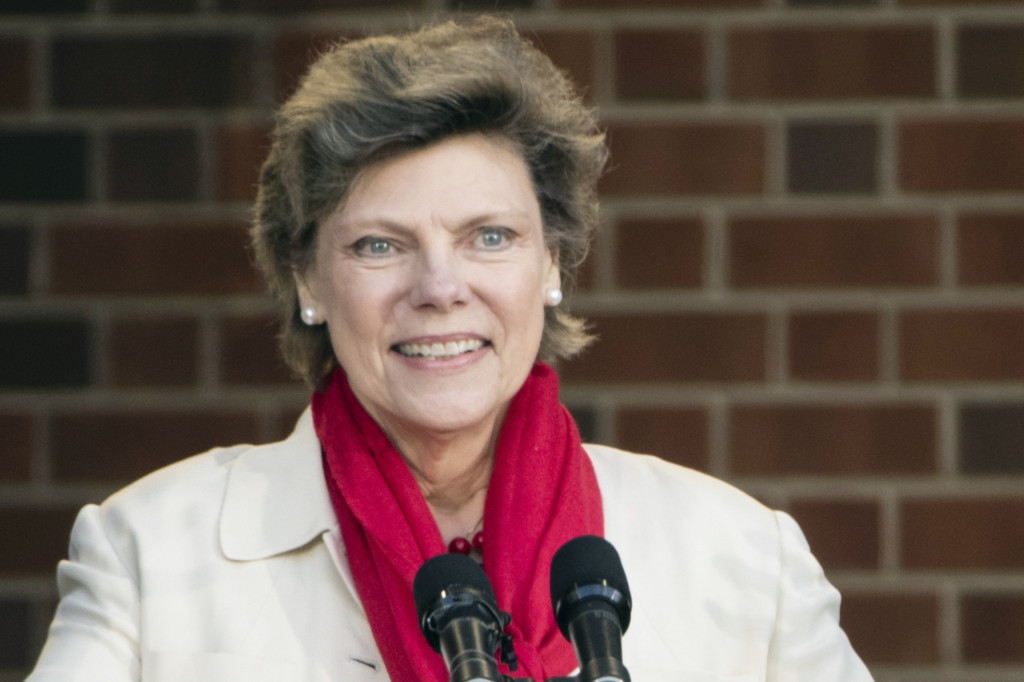 FILE- In this April 19, 2017, file photo, Cokie Roberts speaks during the opening ceremony for Museum of the American Revolution in Philadelphia. Roberts, a longtime political reporter and analyst at ABC News and NPR has died, ABC announced Tuesday, Sept. 17, 2019. She was 75. (AP Photo/Matt Rourke)

Roberts devoted most of her attention to covering Congress, where her father Hale Boggs was a House majority leader who died in 1972 when his plane went missing over Alaska. Her mother, Lindy Boggs, took over his Louisiana congressional seat and served until 1990, later becoming ambassador to the Vatican.

Roberts co-anchored the ABC Sunday political show “This Week” with Sam Donaldson from 1996 to 2002. She was most proud professionally of a series of books about women in Washington. “We Are Our Mother’s Daughters” was about the changing roles and relationships of women. She also wrote two books with her husband, Steven Roberts, about marriage and an interfaith family.

“Cokie Roberts was a trailblazer who forever transformed the role of women in the newsroom and in our history books,” House Speaker Nancy Pelosi said. “Over five decades of celebrated journalism, Cokie shone a powerful light on the unsung women who built our nation, but whose stories had long gone untold.”

Roberts, who earned her nickname because her brother couldn’t pronounce “Corinne,” grew up primarily in Bethesda, Maryland. She attended Wellesley College, and met her future husband at a conference for student leaders.

“Journalism just kind of happened to me,” she said in a 2018 interview with the Television Academy. “It wasn’t anything I had planned to do.”

But she got her start at a newsletter, worked in local news and filed stories for CBS News from Greece when her husband was stationed there as a correspondent. She was bitten by the bug.

Settling back in Washington in the mid-1970s, she was hired to cover Congress for National Public Radio. Again, it wasn’t in the game plan — politics felt like treading familiar ground in a way that didn’t interest her — but her background enabled her to understand how Congress worked in a way few outsiders could. And it gave her time to spend with her mother outside of Sunday dinner.

In those days it wasn’t unusual for a senator to lean in and put a hand on her knee.

“I would just sort of pick it up and put it on the table say, “I think this belongs to you,'” she recalled. “It’s remarkable how long that went on.”

Roberts “grew up instinctively understanding the ground she would cover as a journalist, and she used her insider knowledge for the public good,” said veteran Rep. John Lewis of Georgia. “She asked tough questions and formed solid opinions that made journalists and newsmakers in Washington lean in whenever she shared her thoughts.”

Obama said Roberts was a role model for women at a time the journalism profession was still dominated by men, and was a constant over 40 years of a shifting media landscape and changing world.

“We respected her drive and appreciated her humor,” the former president said. “She became a friend.”

While staying at NPR, she started working at PBS on “NewsHour” and in 1988 joined ABC News. She may be the only reporter to file stories for “Morning Edition,” ”All Things Considered,” ”World News Tonight” and “Nightline” in a single day, said James Goldston, ABC News president.

After leaving as “This Week” host, she settled into a role as analyst and commentator at both news organizations. She co-wrote a syndicated column with her husband, which got her into some hot water with NPR in 2016 when they called for “the rational wing” of the Republican Party to reject Trump as their presidential candidate.

“I never met her,” Trump told reporters Tuesday. “She never treated me nicely. But I would like to wish her family well. She was a professional and I respect professionals.”

Roberts lamented in her television academy interview how the 24-hour news cycle meant journalists are under constant pressure to file stories and had less time to report. The only answer is to hire more reporters, and she didn’t expect that to happen.

Despite her lifetime around politics, colleagues say she never became consumed by cynicism. She wanted government to work.

“She liked politics and covered it as someone who was not uncritical about it, but was an affectionate student of it,” said columnist and former ABC colleague George Will. “As such, she is anthropologically anachronistic, reflective of Washington before tribalism swallowed everything.”

Roberts, who was diagnosed with breast cancer in 2002, kept working nearly to the end. She appeared on “This Week” in August, drawing enough concern about her evident weight loss that she released a statement saying “I am doing fine” and that she was looking forward to covering next year’s election.

She was married to Steven Roberts for 53 years and they had two children, Lee and Rebecca, and six grandchildren.