SAN DIEGO (KUSI) – After months of denying culpability and insisting he was the target of a politically motivated prosecution, Rep. Duncan Hunter, R-Alpine, pleaded guilty Tuesday to a federal charge of conspiracy to misuse campaign funds for personal use.

Hunter faces a possible five-year prison term and a $250,000 fine when he is sentenced March 17.

Following the short change-of-plea hearing at San Diego federal court, Hunter made a brief statement to reporters, saying, “I failed to monitor and account for my campaign spending. I made mistakes and that was what today was all about.”

The congressman said in an interview with KUSI News Monday that he was taking the plea deal for the sake of his three children. His wife, his former campaign treasurer, previously admitted her role in the campaign finance scandal.

Hunter, who had planned to seek another term in the November 2020 election, also indicated in the interview with KUSI that he would step down, while stressing that it’s important to keep the seat in Republican hands. Hunter said his office “would remain open” and that there would be a “seamless transition to whoever takes this seat next.”

The 42-year-old former Marine was indicted along with his wife on five dozen criminal counts, including wire fraud, conspiracy and falsification of records, and was facing a Jan. 22 trial date.

Hunter told KUSI that while he expects to spend time in custody, he hopes that his wife will not be incarcerated as “I think my kids need a mom in the home.”

Prosecutors said Hunter and his wife went on expensive family trips and made scores of other improper personal purchases over the course of six years. Supposedly campaign-related events were planned around their family vacations in order to justify the expenses, prosecutors said.

It was also alleged that Hunter used campaign funds to pursue extramarital affairs and repeatedly used campaign credit cards or sought reimbursement for expenses that included resort hotel rooms, airfare, a skiing trip and Uber rides to and from the homes of five women with whom he had “intimate relationships.”

Watch: Prosecutors speak to reporters after Congressman Duncan D. Hunter has pleaded guilty to one count of misusing campaign funds. He faces a maximum five years in prison.

Duncan D. Hunter at court to change his plea to guilty

Prosecutors speak to reporters after Congressman Duncan D. Hunter has pleaded guilty to one count of misusing campaign funds. He faces a maximum five years in prison.More info: https://bit.ly/382vduJ

“This is a sad day for the city of San Diego,” prosecutor Phillip Halpern told reporters while detailing Hunter’s accomplishments in politics and the military. “It is for this reason that the government takes little pleasure in today’s announcement. Yet, it is the very foundation of our system of law that no one, no one is above it.”

Halpern said the government would seek at least one year in prison for Hunter when he is sentenced.

Hunter had repeatedly maintained his innocence and accused the U.S. Attorney’s Office of a politically motivated prosecution. He maintained that two prosecutors on the case attended a La Jolla campaign event for then- Democratic presidential frontrunner Hillary Clinton in 2015, then indicted him two months before the 2018 election due to his public endorsement of Donald Trump.

Hunter was re-elected last November with 51.7% of the vote in the 50th Congressional District, despite being indicted three months prior. He was first elected in 2008, succeeding his father, who held the congressional seat for 28 years. 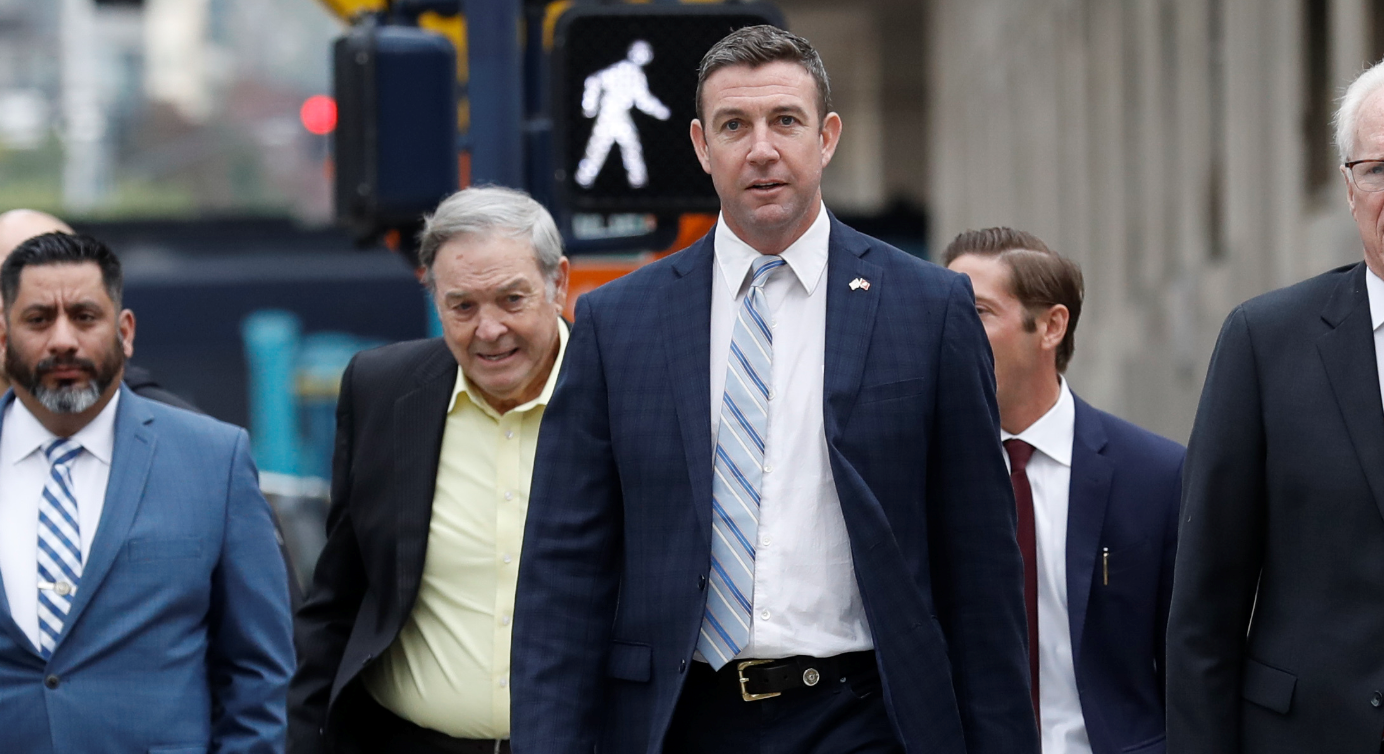