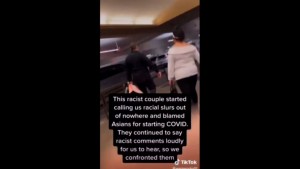 CORONADO (KUSI) – A Coronado city official has resigned following the release of a video alleging he and his wife made racist statements toward Asians, the city announced Thursday.

The resignation of Roger Miller, the city’s former director of recreation and golf services, was accepted by Coronado City Manager Tina Friend following a month-long investigation, she said in a statement issued Thursday.

“This decision was made with careful consideration of the best interests of the city, our residents, and our larger community,” Friend’s statement read. “A resignation allows a separation to take place and the city to move forward without delay. The investigation effectively ended with Mr. Miller’s resignation as he is no longer a city employee. I am confident that we upheld our process and came to a conclusion that was appropriate.”

The allegations surfaced following the January release of a video allegedly featuring Miller and his wife at a Newport Beach mall.

The video’s poster alleged that prior to filming, the couple made racist comments, including statements about Chinese people spreading COVID-19.

In the video, the couple is seen in a parking structure walking away from the person recording the video.

Roger Miller was placed on administrative leave by the city of Coronado following the video’s release and Sandra Miller was fired from her job at Linfield Christian School, a private school in Temecula.

“We know that this issue is of great interest to many people both within and outside the city of Coronado,” Friend’s statement concluded. “The city understands the impact this situation has had on our employees and our community. I want to be very clear that the city remains a welcoming place to all, and we do not tolerate any form of racism or other discrimination.”