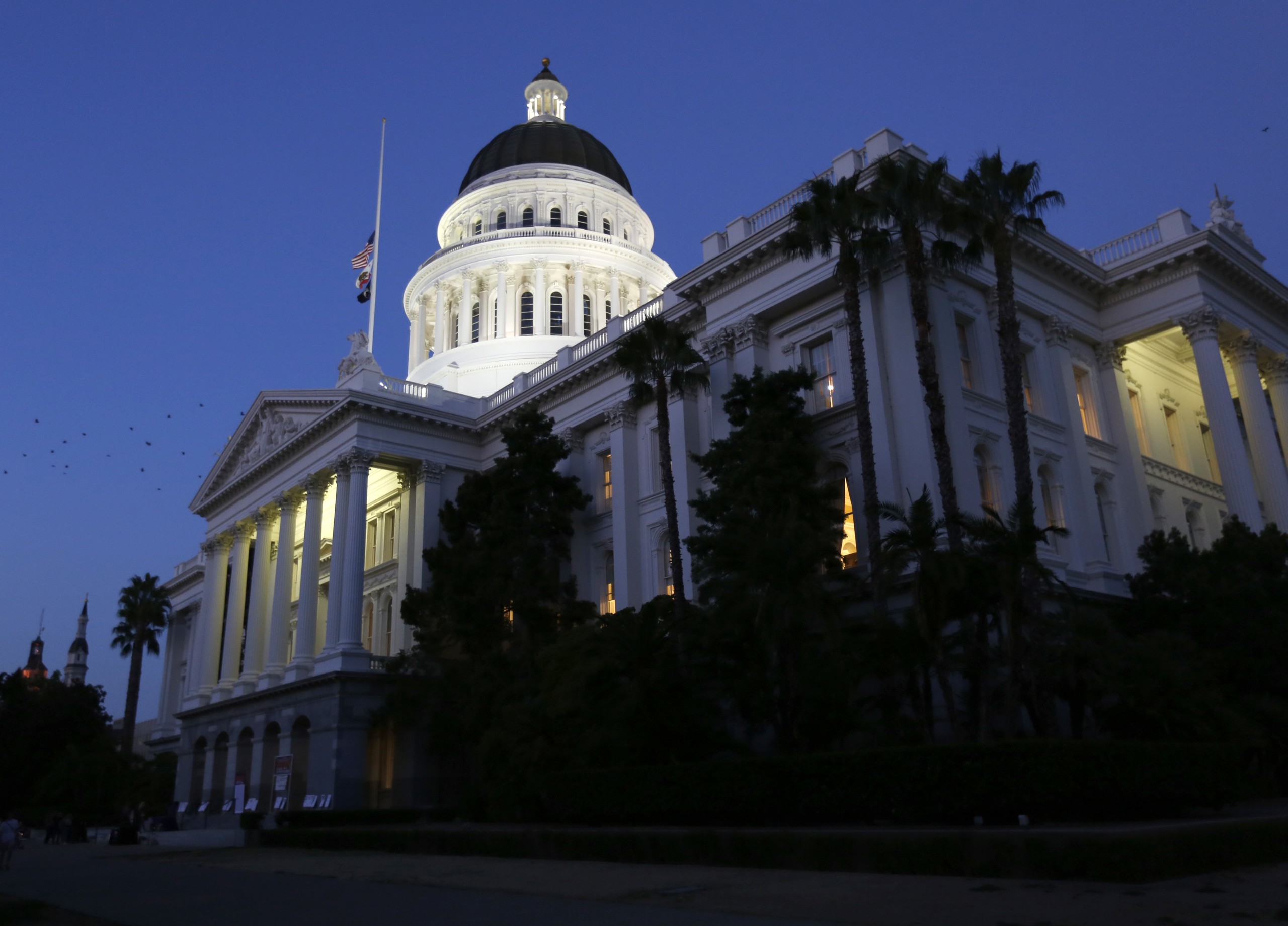 The lights of the Capitol dome shine as lawmakers work into the night Friday, Aug. 31, 2018, in Sacramento, Calif. F Lawmakers will reconvene Monday, Dec. 7, 2020 for an organizational session to swear in new members. The regular Legislative sessions will begin after the new year. (AP Photo/Rich Pedroncelli, File) SACRAMENTO, Calif. (AP) — Democrats will begin their second half-century of dominating California’s Legislature on Monday when lawmakers reconvene for the first time since last month’s election.

The party has held continuous control of the Senate since 1970, while giving up their majority in the Assembly for just two years since then, in 1995 and 1996.

Republicans in November lost two of their 11 senators in the 40-member Senate, leaving Democrats 75% of the seats in both legislative chambers and a comfortable cushion over the two-thirds supermajorities required to raise taxes and suspend legislative rules without Republican votes.

It’s rare for an incumbent to lose. But both the GOP losses were of veteran lawmakers and both were in traditionally Republican Orange County-centered districts that gave ground to Democrats in recent years.

John Moorlach represented the 37th Senate District for five years until he was unseated by Democratic challenger Dave Min.

But Ling Ling Chang, a Republican, lost to a former incumbent in what has become a strange game of election leapfrog that started in 2014 when she first won the 29th Senate District seat.

She was defeated in 2016 by a quirky campaign from Democrat Josh Newman. But he was recalled in 2018 and replaced by Chang after he voted for a state gas tax. Now it’s his turn again.

The change leaves Senate Republicans an even bigger challenge to be relevant.

Senate Republican Leader Shannon Grove said that even with what she called a “super minority” last session, Republicans won an audit of the state’s beleaguered unemployment agency, helped get some workers removed from a sweeping new state labor law, and resisted several proposed tax increases.

The Senate will convene in its regular chambers on Monday, while the 80-member Assembly is taking the extraordinary step of meeting in a downtown Sacramento NBA arena to allow for more social distancing during the pandemic.

Neither chamber will allow guests, including lawmakers’ families, for what is largely a ceremonial gathering to swear in new members before lawmakers depart again until January.

Democrats are temporarily losing a senator, as Holly Mitchell leaves her heavily Democratic 30th Senate District seat in mid-term for the Los Angeles County Board of Supervisors, setting up a special election to pick her successor.

Republicans will gain a seat in the Assembly when Suzette Valladares replaces Christy Smith, who gave up her 38th Assembly Seat in an unsuccessful bid for Congress.

Among the Assembly’s seven new members is 25-year-old progressive Democrat Alex Lee, the youngest state lawmaker in more than eight decades. Lee already has years of experience as a legislative aide as he replaces fellow Democrat Kansen Chu, who left the 25th Assembly District seat to run for Santa Clara County supervisor.

In another interesting development, Assembly Majority Leader Ian Calderon, who retired, is being succeeded by his stepmother, Lisa Calderon, to keep a family tradition alive. He had succeeded his father, Charles Calderon — Lisa’s husband — to represent the 57th Assembly District in southeast Los Angeles County. His two uncles also served.

Former Republican Assembly leader Chad Mayes, who dropped his GOP affiliation last year in protest of Donald Trump, became the first independent elected to the Legislature since Sen. Quentin Kopp was reelected in 1994.

Meanwhile, Thurston Smith and Chris Ward are the first pair of German-born California legislators to be elected in the same freshman class since Assemblymen John D. Siebe and Christian Wentz in 1880, said Vassar, who tracks such things.