SAN FRANCISCO (AP) — President Donald Trump is moving fast to build a wall on the Mexico border with billions of dollars secured under his declaration of a national emergency, but he first must get past the courts.

On Friday, a federal judge in Oakland heard arguments in two lawsuits seeking to block the White House from spending money from the Defense and Treasury departments for the project.

California and 19 other states brought one lawsuit; the Sierra Club and Southern Border Communities Coalition, represented by the American Civil Liberties Union, filed the other.

The plaintiffs asked U.S. District Judge Haywood S. Gilliam Jr. to block the shifting of funds and construction on the wall. They want a quick decision, arguing that some of the Pentagon-funded projects could begin in eight days.

Gilliam said he will issue a decision next week. 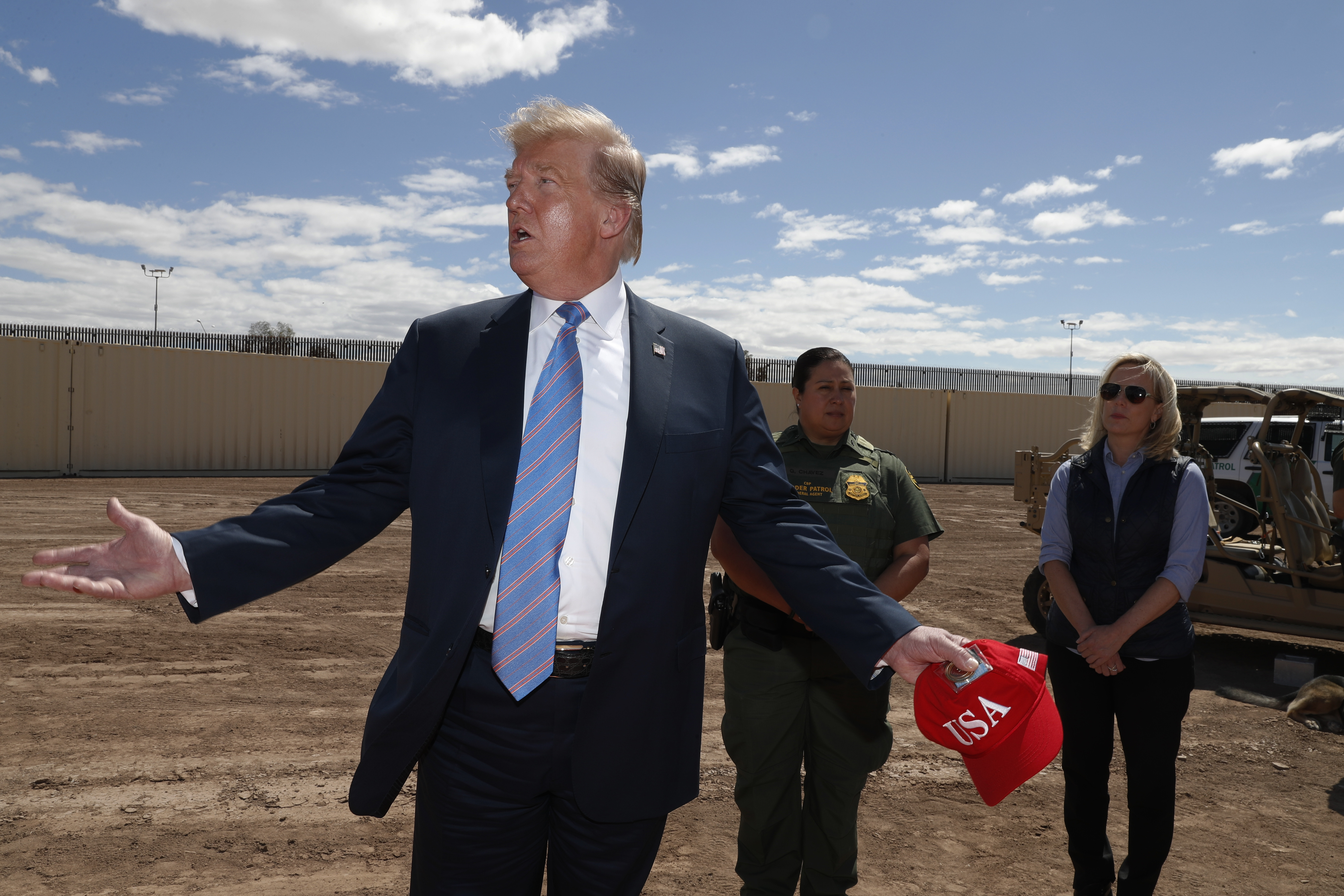 In another case, a federal judge in Washington on Thursday will consider a bid by the House to prevent Trump from spending any Defense Department money for a border wall.

At stake is billions of dollars that would allow Trump to make major progress on his signature campaign promise heading into his campaign for a second term.

The president’s adversaries say the emergency declaration was an illegal attempt to ignore Congress, which authorized far less wall spending than Trump wanted.

Trump grudgingly accepted congressional approval of $1.375 billion to end a 35-day government shutdown on Feb. 15 and declared the emergency in almost the same breath. The White House says it has identified up to $8.1 billion that it could spend on the project.

Trump’s actions “amount to a usurpation of Congress’ legislative powers in violation of bedrock separation of powers principles embedded in the Constitution,” the state attorneys general wrote.

The administration argues that Trump is protecting national security as unprecedented numbers of Central American asylum-seeking families arrive at the U.S. border.

“The increasing surge of migrants, the highest in over a decade, has placed a tremendous strain on the limited resources of the Department of Homeland Security and exacerbated the risks to border security, public safety, and the safety of the migrants themselves,” the Justice Department said in a court filing.

The courtroom showdowns come amid a flurry of activity to accelerate wall construction.

Kenneth Rapuano, an assistant secretary of defense, said in a court filing last month that work on the highest-priority, Pentagon-funded projects could begin as soon as May 25.

The Defense Department transferred $1 billion to border wall coffers in March and another $1.5 billion last week. Patrick Shanahan, acting defense secretary, may decide as soon as Wednesday whether to transfer an additional $3.6 billion.

Last month, the Army Corps of Engineers awarded a $789 million contract to SLSCO Ltd. of Galveston, Texas, to replace 46 miles (74 kilometers) of barrier in New Mexico, paid for by Pentagon funds.

Southwest Valley Constructors of Albuquerque, New Mexico, won a $646 million contract to replace 63 miles (101 kilometers) in the Tucson, Arizona, sector. All of those projects are funded by the Defense Department, with construction expected to begin in as little as 45 days.

Also this week, the Department of Homeland Security waived environmental impact and other reviews to replace sections of wall in California and Arizona under a law that gives the secretary sweeping powers to spec construction.

The environmental waivers cover a 15-mile (24-kilometer) replacement in El Centro that is funded by the Homeland Security Department’s 2018 appropriations and was awarded in a contract to SLSCO last year. The administration said construction could begin on that project as early as Saturday.